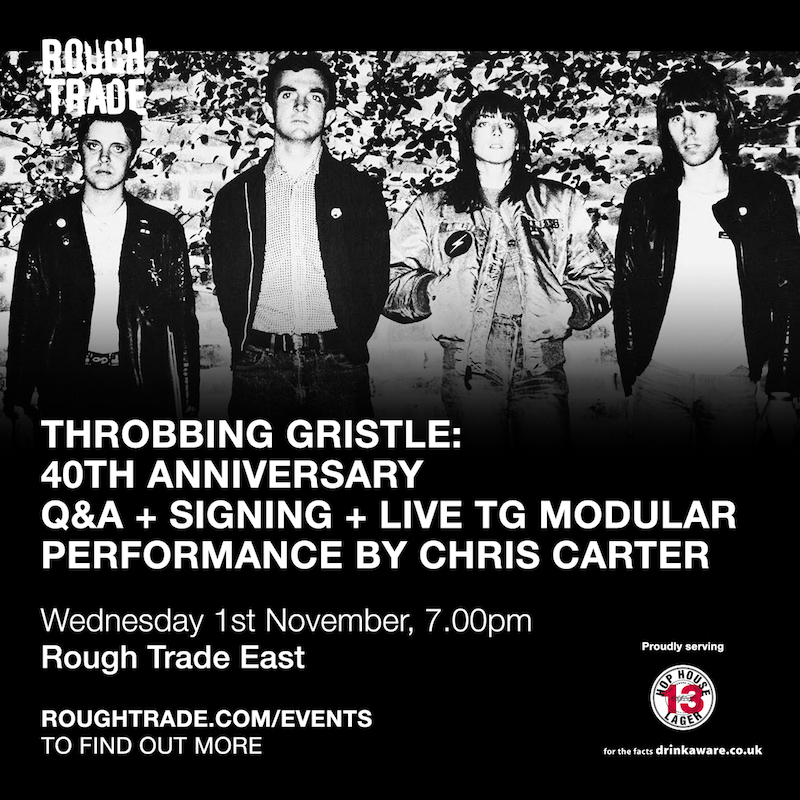 Chris Carter and Cosey Fanni Tutti from Throbbing Gristle will be appearing in person at the Rough Trade East to celebrate the vinyl release of the 40th Anniversary edition of their debut album The Second Annual Report Of Throbbing Gristle, released 3rd November on Mute.

Chris Carter will be starting the evening off with a performance using the forthcoming special edition TG-ONE Eurorack Module, created by Tiptop Audio and featuring sound libraries on cards newly created by Chris.

The performance will be followed by a question and answer session with Chris and Cosey.
A signing session will end the evening.

The new Throbbing Gristle releases of The Taste Of TG on red vinyl, the seminal 20 Jazz Funk Greats on green vinyl and the 40th Anniversary edition The Second Annual Report (see below) on white vinyl will be available to pre-order or in store, as well as the re-released CD versions.

A Different Drum close the distribution