at the ROYAL VAUXHALL TAVERN, London. 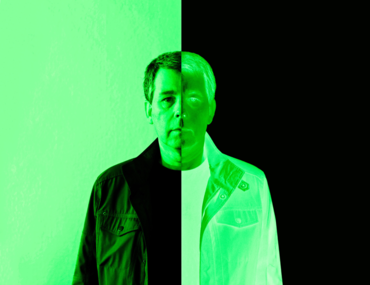 The terror which Schönberg and Webern spread, today as in the past, comes not from their incomprehensibility but from the fact that they are all too correctly understood. Their music gives form to that anxiety, that terror, that insight into the catastrophic situation which others merely evade by regressing. They are called individualists, and yet their work is nothing but a single dialogue with the powers which destroy individuality—powers whose ‘formless shadows’ fall gigantically on their music. In music, too, collective powers are liquidating an individuality past saving, but against them only individuals are capable of consciously representing the aims of collectivity.

Cabinet Gallery presents a solo modular set with Chris Carter at the Royal Vauxhall Tavern, inaugurating the gallery’s ongoing series of nights at the venue. This event coincides with the release of Carter’s new album, Chris Carter’s Chemistry Lessons Volume One on MUTE, his first solo production since 1999’s Small Moon.

The programme will also include a screening of Carl Dreyer’s The Passion of Joan of Arc (1928), starring Renée Jeanne Falconetti and Antonin Artaud. Sophie Coletta will be presenting a live mix to accompany the film.