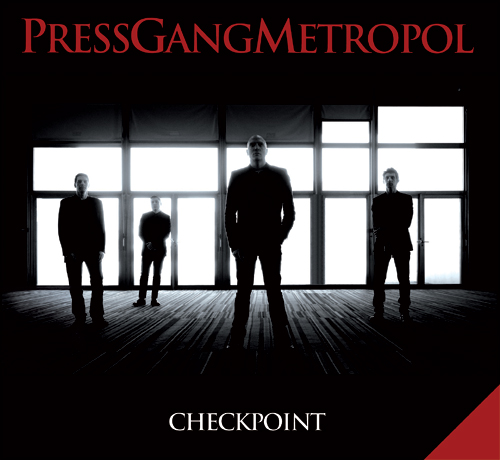 We are very proud to welcome MISERY LAB on D-monic ! Miserylab is Porl’s King post-goth-rock project !! Porl King was the frontman of the cult british act ROSETTA STONE.
This will be released as a limited pressing deluxe gatefold compact disc & seven inch vinyl [four-tracks 33rpm], the vinyl will include ‘tomorrow for us’ and other unreleased in ‘hard format’ material – similarly the CD will also include those tracks plus a compilation of the best material spanning MISERYLAB five albums …  This is the goth-rock at its very best !!!
http://www.youtube.com/watch?v=1fn4JpS2G9Q

NEXT CONCERT ORGANIZED BY D-MONIC (14/09/2012)
After the successful show (Press Gang Metropol + Danger) we organized in Paris last month with our friends of Manic Depression we will organize another concert in september with ULTERIOR (Uk) and CHRISTINE PLAYS VIOLA (Italy), followed by a party with international Dj’s from France and Germany.
Full infos https://www.facebook.com/events/481057118577541/ 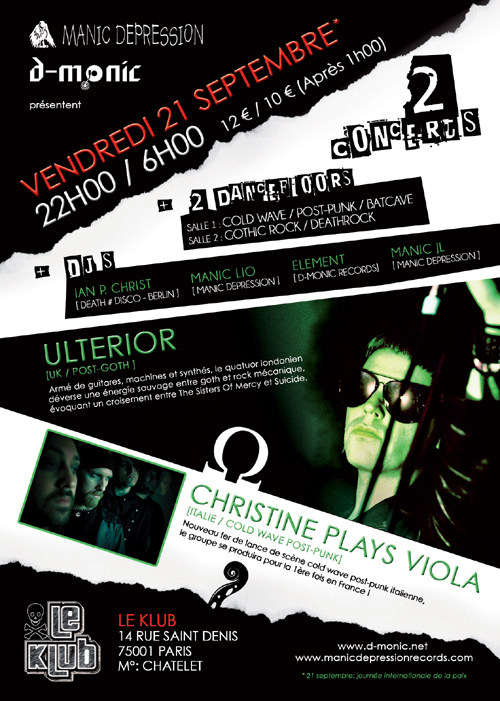 EX_TENSION working on new album (M-tronic)
The french industrial duo Ex_Tensiton is now working very hard on a new album, you can expect analogic industrial music at its best !

DINO FELIPE “A.M. Green” (M-tronic)
Here  is the brand new album of the famous and crazy mind Dino Felipe (from Miami, USA), known for his gigantic discography on many famous and less famous record labels like Schematic, Sublight, Rolax, Bedroom Research and many more.
Dino is active as musician under is own name, but is also known for is electro-clash project “Finesse and Runway”. This album “A.M. Green was supposed to be released on our label in winter 2006, but due to bad luck on the release of this album (cover lost, ghost remixes) it never came out ! So we have finally chosen to release it digitally for all Dino & M-tronic fans all over the world.
So here we go with a 6 years delay, it was worth the wait !!
Download no this amazing album by the very talented Dino Felipe !
http://m-tronic.bandcamp.com/album/a-m-green