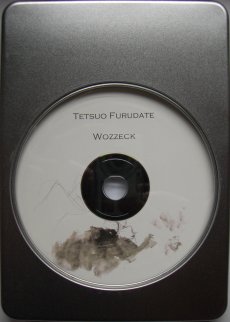 Special numbered edition of 50 copies in DVD metal case.
Professionally printed CD-R.
Included is a 12 pages booklet containing all the text of the performance.

Wozzeck is a live performance project by actors play with experimental sounds of Tetsuo’s improvisation. It was performed 23rd of November 2003 in Berlin at Podewill contemporary art center.
Actors are Max Urlacher as Wozzeck and Sigrid Maria Shnuckel as Marie, both important actors on TV and movies mainly in Germany. They are also developing into other fiels of the arts.
Tetsuo based his work on the text of Alban Berg’s opera. It means he did not use the original text of Georg Buchner , he selected only the monolog and dialog parts of Wozzeck with Marie from Berg’s opera.
Tetsuo did not care about the sound of Berg’s, Tetsuo’s sounds are close to noise and industrial with very lyric voice of actors.
This is a live recording, which is the only one documentation of this one night performance. We have no documentation photos nor video on it, since Tetsuo did not want to use any light for this stage.
Only few of the audience – who have good eyesight – could see the super performance on the stage. 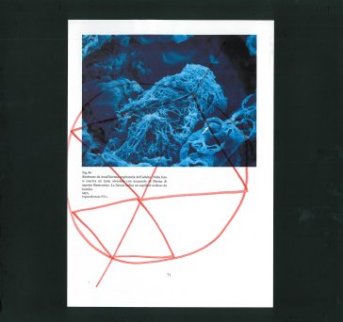 Special numbered limited edition of 60 copies in black vinyl with printed labels.
Each copy comes with a page of a medical book pasted on the cover.
Each book page is hand signed by Maurizio Bianchi / M.B.

Included in this special edition is an exclusive Cd-r titled SESNEM originally recorded during the recording sessions of MENSES in 1981 and officially published here for the first time!
The Cd-r comes with 9 different designs selected by Maurizio Bianchi.
Also a replica of the original insert is included.

Each copy of this Special Edition is truly unique.