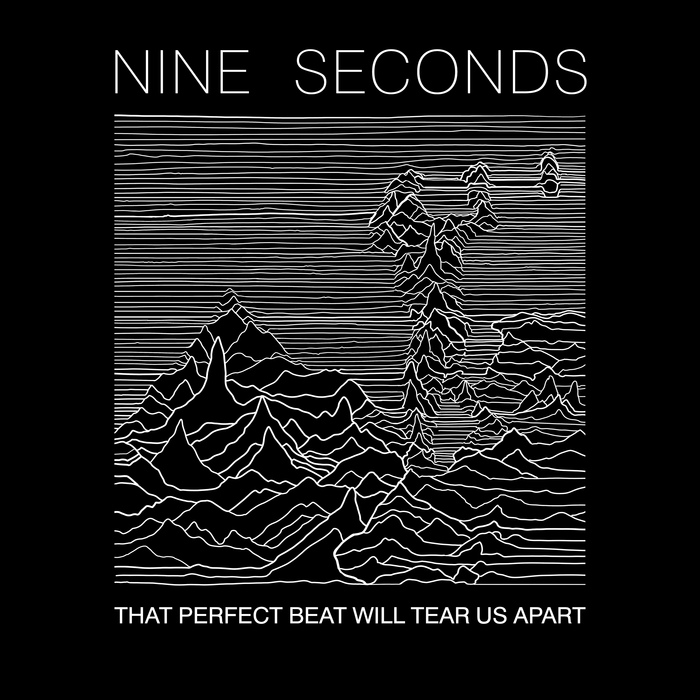 Although it’s not the overt tribute to the Pontiac Trans Am or the Stuart Phillips theme of “Knight Rider”, the Knight Fever EP is a more open-ended slice of retro. It’s instrumental italo-electro-disco style material with a thoroughly 80’s make-up, but with modern production values and a genre-open approach that allows the inclusion of acid squelches and other elements of varying levels of anachronism. And yes, it’s kind of synthwave, sort of.

The bright infectious riff of “Taniacid” is unashamedly feel-good and is a highlight. When “Trust Doesn’t Rust” takes a similar attitude but over a lazier groove, it doesn’t quite shine as brightly. “Knightmares” is also at more of a walking pace, but its more aggressive throbbing light-industrial bassline and nicely quirky melody carries it through- but when “Not A Drop To Drink” sets off at the same tempo, with another old school simple Italian-ish bassline, in a few ways it does start to feel like it is a single musical idea that has been stretched and filled out somewhat even just to fill a 4-track EP.

This single might be called 1989 but the original version is a form of melodic progressive house that really grew in the late 90’s and never really went out of fashion since. A semi-euphoric chord pattern that steadily repeats on a grand piano sound while other synths arpeggiate happily away around it, stepping in and out in a steady, journeying fashion, it’s got all the right bits of the formula, nicely applied. It’s DJ-friendly too, with an ending that’s more melody than beat.

The most surprising thing about the release is the genre-hop of the Paper Street Soul remix on the flip. Though it’s faithful in a way, especially in the breakdown, the groove is a complete shift, with funky slapbass sounds and disco string stabs that sound like they’ve come straight from the first Justice album. It even adds a new guitar-sound melody that gives a brand new hands-in-the-air moment just before the five minute mark. It’s rare to hear such a thoughtful re-shift of a track in this kind of genre, and it’s no real surprise that the radio edit provided in the package is of the remix rather than the original.

It’s quality stuff from the Redlight label, not liable to raise any eyebrows but top of the class for production quality.

I don't know about you, but this Covid-19 pandemic is really wearing me down. Now that I don't have a brick & mortar store (3 months of having to be closed without any $$ for rent or utilities will do that) it's hard to get motivated to do anything, let alone reviews. Besides, not much physical product seems to come my way these days, and I've never been a fan of "digital only" releases. Seems too cheap and easy as any yahoo can put up music online. There are exceptions though, and this is one of them. Hungarian electronic musician/composer Joseph "Lightphaser" Gogh is back again with a new EP (release date July 31st) with something really different this time. The anime cover art is a dead giveaway, and if you're virtual J-Pop savvy, you may even recognize (a version of) Hatsune Miku who does the vocals on this EP.

If you don't know who Hatsune Miku is, suffice to say that she's the biggest "virtual" pop star coming out of Japan today. The key word here is virtual, because as a living person Hatsune Miku doesn't exist. ( Her source voice is provided by the Japanese voice actress Saki Fujita.) What Hatsune Miku really is, is Vocaloid software voice-bank developed by Crypton Future Media and its official moe anthropomorph, a teenage girl with long, turquoise twin-tails. This creation is SO very popular that it has sold out many virtual (holographic) live concerts in the J-Pop and EDM genres. You can find literally TONS of Hatsune Miku content on YouTube, usually with plenty of anime. It comes across as happy spectacle more than anything else, especially when accompanied by huge crowds of glowstick waving fan-atics. The music though seems like it has more "teen appeal" than anything else, and often the vocals are in Japanese.
Not so here; Miku with Lightphaser actually sounds very different. Without all the bombastic music and over the top visuals Hatsune Miku sounds like a gitlish pixie through a vocoder. (Certain people might be able to imitate it inhaling helium and singing, but not for long.) Because the voice still sounds a bit computer generated, all the lyrics don't seem crystal clear on first listening. The way Gogh uses the Vocaloid program within the context of the songs though is quite nice. "Serenade" is a space love song ballad, for lack of a better description. Although the Vocaloid is front and center, it is definitely enhanced by the other worldly synths, and combines into something magical. "Play With Me" is ultra cute synthpop with a strong hook that jumps at you right off the bat. Third and final track is the instrumental version of "Serenade." Stripped of the Vocaloid program it sounds like Gary Numan meets Kraftwerk in Vangelis's Blade Runner theme park.

Joseph told me via email that 'Serenade' is the second EP of Lightphaser's using the Miku program, and the "Instincts of Future" EP was the first release with it. There is a third EP planned for September, but what happens after that is still up in the air. It should be interesting to see if Hatsune Miku fans take to this different aspect of the girl's performance. I know I like it a lot more than the typical applications that have exploded across the Internet.

There is a kind of silly but amusing little video made for the "Serenade song, and you can check it out with this link.