Coronal Mass is a pair of long drone works from Swiss multi-disciplinarian three-piece Strom|morts. Low, coarse synthetic bass tones dominate, while waves of other sounds- spacier and sci-fi pads, industrial hisses, occasional crashes and bangs, the odd tinnitus-tingling high note, an electric guitar cameo here and there, and so on- ebb gradually over the top.

With the Alpine connection, they are pitched as “dronemountains”, and the soundscape is certainly thicker than some droneworks- but equally, there is a certain sparseness at play as well, and these are far from being true noise walls. Variously it can sometimes feel like an expression of the top of a mountain where the air is thin, or sometimes more deep space-ish.

The release contains 2CD’s, one containing the track “Ejection”, the other “Injection”. Both tracks could’ve easily fit on a single disc, as the total run time is barely 33 minutes, but the conceptual idea of the infinite loop, and no beginning or end, represented in the artwork from Swiss artist Helge Reumann and even in the palindromic artist name, is behind the two-disc approach where no particular track is first or last. It has to be said there isn’t a spectacular amount of difference between the two tracks anyway- “Injection” has some more overt repeated synth notes and percussive crashes that almost slip into rhythm, as well as a guitar-heavy section about halfway through that slips into post-rock, but the drone tone dominates both equally.

It’s a well executed drone work with a relatively familiar set of ingredients, but executed with polish and professionalism amd ready to take you on a slow journey.

'Distraction Holograms' is the second album recently reissued on CD by Phil Klampe's Homogenized Terrestrials, originally released on cassette by Analog Minimum in 2017. This CD includes the digital only bonus track plus a new bonus track for a total of 11 tracks in 14 minutes. Overall I'd have to say 'distraction holograms' is a more jarring and unsettling experience than either 'e tistula no. 2' or 'the defending magician.' The album begins without a beginning on "bribing the queen," sounding like you just wandered in by accident. In fact, the disorientation is palpable, as is the fear that things are no longer what they seem. On nearly every track there is an ominous feeling of foreboding dread. In absence of that, it's like being trapped in a "crazy house" where the scattershot oddities never let up, reality is twisted inside-out, and even a more or less placid ambient piece like "rhone" is disconcerting. A lot of people may well enjoy this disorienting "uneasy listening" experience, and truth be told, it is executed very well with oodles of creativity. It just doesn't rank among my favorite Homogenized Terrestrials albums.

It wasn't too long ago that I reviewed Homogenized Terrestrials' 'The Defending Magician,' and at the time I stated that Phil Klampe (the man behind HT) sent me a couple of other re-releases on CD which were only initially released on cassette at the time in a limited run. 'e tistula no. 2' is one of them, with the other being 'distraction' holograms,’ but we'll get to that in another review. Because few have probably ever heard either of these albums, I think they each could use a review to explore them further. While every Homogenized Terrestrials release is in essence, different, there are similarities you can expect from HT's electro-acoustic environments- some semblance of darkness, and general strangeness. 'e tistula no. 2' was originally released in 2015 on the Aubjects label. It is comprised of 13 tracks with a duration of about 58 minutes total. In no way does it sound like 'The Defending Magician,' but you can see how it came from the same source. On the opener, "Drifting In The Multiverse," you get some amorphous ambience, and also what sounds like Tibetan ceremonial horn, the sound of huge piles of earth (or maybe garbage at a dump site) being moved, a drone of voice-like enlightenment, the sound of something swimming through electric waters with light, wavering ambient drone in the background. Overall, it's kind of placid. "Efa Plenda Zek" begins with what could be the amped-up sounds of insects moving through the earth before a complimentary ambient environment forms. A variety of sounds, some nearly musical, take shape and carry the piece along. "Tigf'er" is like the strangest abstract jazz/world music combo you've ever heard, with a demonic muezzin thrown in for good measure. (Jon Hassell would probably dig it.) A few others worth describing - "Non Destructive Scanning" - rumblings and rituals deep in the subterranean chambers of the prehistoric Maltese death cults. "Eat Your Soup, We Need Healthy Warriors" - Nice basic tribal beat with drones and wordless voices swirling about. "Flimal 5" sounds like a field recording of some forgotten primitive bush people playing on their native instruments, mysterious and intriguing. "Snake Culture" doesn't seem to sound what the title would suggest, except perhaps if you understood parseltongue. There's an element of ambient breathing in it, as well as some minor background clatter, flutey pipes and low drumming, but what it suggests is some kind of primitive ritual (perhaps a snake cult?). The last track, "Light Through Carbons," is a really unsettling piece, largely due to the 'strange metallic object' loops in combination with rising and falling ambient pads. The loop is like a musical rake being fingered randomly but defined enough to create some sort of rhythm when looped. It seems a minor stroke of genius to have combined these sounds.

I still like 'The Defending Magician' album better, but 'e tistula no. 2' is still a bargain for only 8 bucks in a four-panel slipcase with a 16-page (mostly) color booklet that's a lot more colorful than the b&w front cover would lead you to believe. Klampe's graphic/photographic work here is impressively psychedelic. 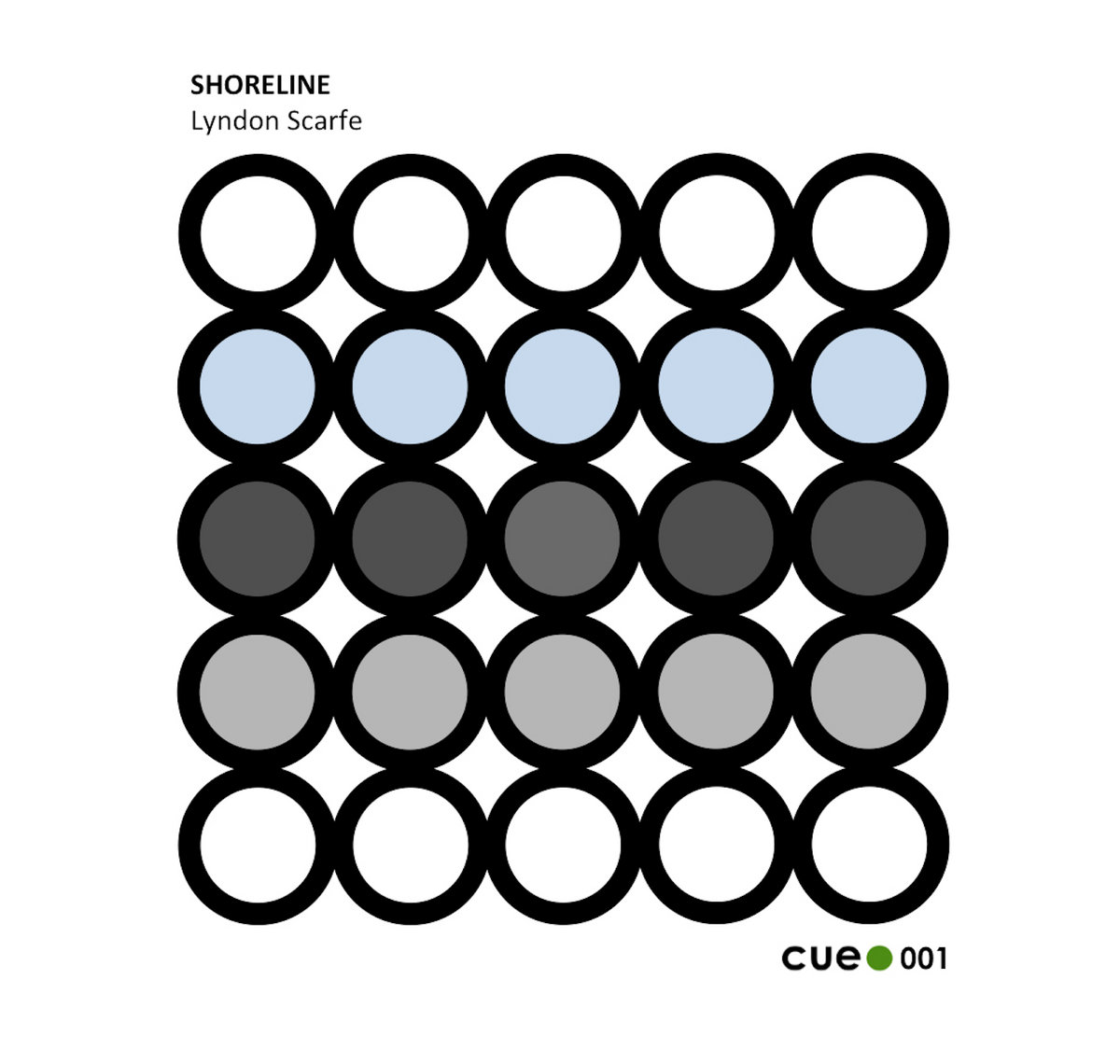 
BUY from  HERE
Lyndon Scarfe might still be best known as the original keyboarder of The Danse Society up to Heaven Is Waiting. More recently he appeared as guitarist with The Black Lamps, an alternative rock band from Barnsley with roots in the post punk scene and as a solo artist in the minimal darker ambient realm with a.o. the highly recommended albums Music For A Lost Film Vol.1 & Vol.2.
Contrary to those he wanted Shoreline to be a result of more spontaneous and improvised working. He created a looped recording device which feeds the signal back to itself and decays and distorts this. On top of these results he added more layers to create the tracks we find here now. As they all where recorded during a short period of time (during lockdown end of May to June 2020) and are results of this process the result is even more coherent than his other well constructed releases.
The seven tracks which clock in at 53 Minutes are full of very distant layers and enough space for personal reflection without ever digging to deep or too long.
An ebb and flow of soothing and comforting sounds, no voices, no rhythms needed for a pictorial impression of standing on the shoreline (watching the waves, feeling the winds and time passing by... ) an idea which he admits had accompanied him while being captured in the middle of the UK.