Tijuana-based Benfika’s return on the Infinite Machine label with 19-minute EP “Ruinas” takes things in an unexpectedly calm direction, for the most part. For a label I’ve begun to associate with darker, heavier high-quality electronica, this is a breath of much calmer air. It’s described as being more spiritual- I might just describe it as being more settled.

Opening track “Exodexo” sets things up with gentle balearic pads and mood, and just a few shades of sharper electronic touches grumbling away underneath. “Pentimento” is a bright, synth-driven, oddly-signatured bit of musical virtuosity that, thanks in particular to its vocal sounds running alongside the melody pattern, dare I say it sounds a little MIke Oldfield-ish at times- but again, with enough occasional gutpunching subbass and dynamic effects to prevent electronica fans from feeling mis-sold.

“Mundo Schizo” is more upbeat and perky, taking the slightly synthwave melodies and giving them a firmer rhythm, but it’s shortlived- and “Rios de Azoth” is a curious under-two-minute melodic sketch of treated keyboard and effects that hint at a more experimental side.

Final piece “Ollin” is the longest and most ambitious, and feels like it’s melting together some of the best qualities of electronica with a smattering of soundtrack ambience and some synth interpretations of sounds that feel stereotypically South American jungle-ish, but not in a bad way. The way the melodic elements cascade apart at the end is a very pretty way to end too.

It isn’t what I expected, but to be honest, it’s far more interesting than that.

Whether it’s channeling widespread frustrations in lockdown, or whether it’s just naturally naughty, Eric Shans &amp; X Miss Ella’s Sexting With Strangers channels plenty of sexiness into its chunky electro house. The spoken-word vocal has very strong shades of Miss Kittin and some electroclash classics, while the house production is in that world too, but with fresh, polished production and a certain US smooth vibe in it.

Additional track “Sparkly Unicorn” is slightly quirkier, with a slightly more progressive house tip and some lovely arp. X Miss Ella sings on this one, a lovely languid la-la-la with an appropriately tripped out feel that’s just the right side of lazy, while the electronics roll nicely with some bright fills and a feel-good (but not radio-friendly) tone.

It’s another reliable pack of tracks from the 3Bridge label, whose consistency of DJ-friendly output throughout a lockdown period has to be appreciated, whether it’s through loyalty or stubbornness! It’s exclusive to Beatport on June 26th, and everywhere else two weeks later. 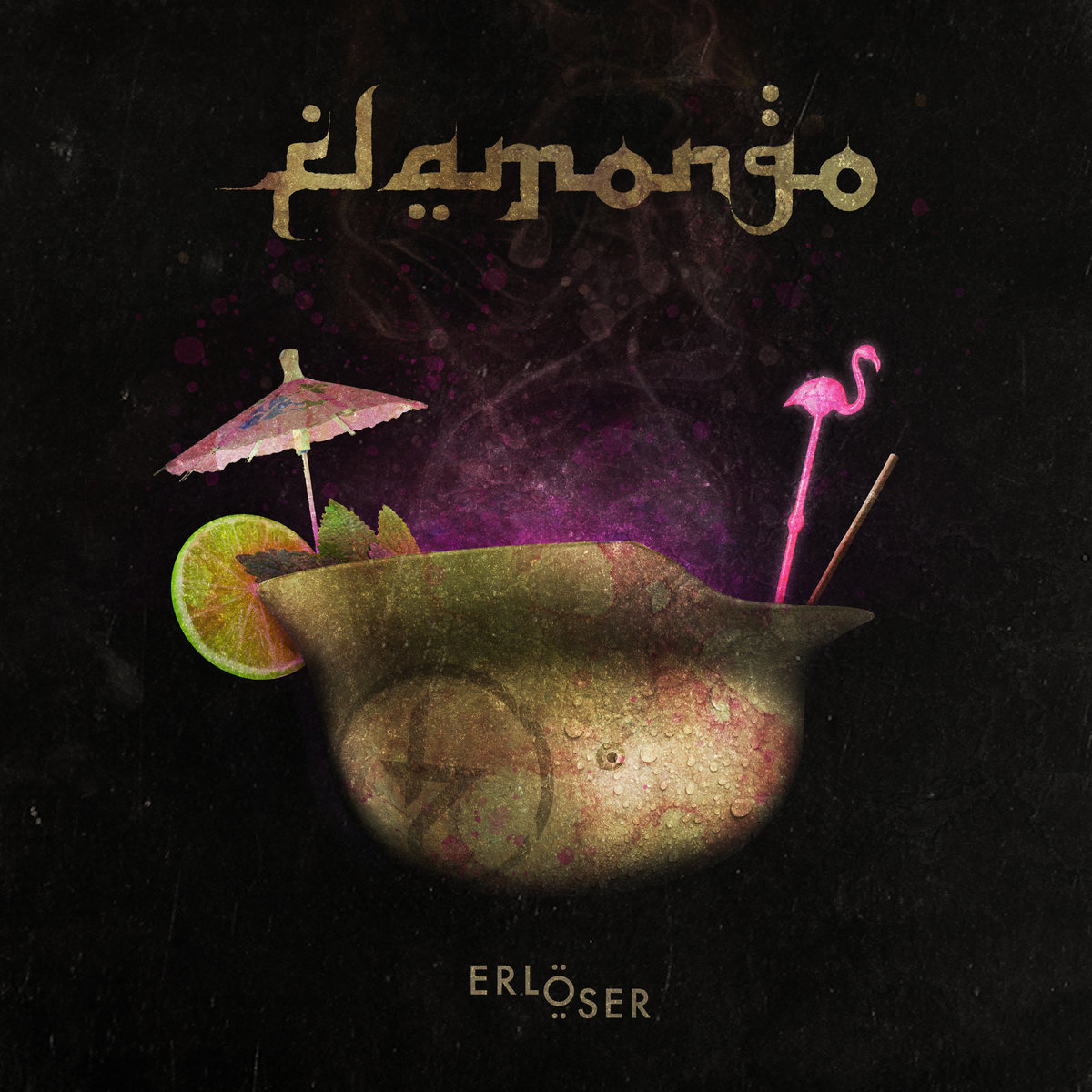 
The Erlöser EP is the latest release from Austria’s Flamongo, a solo project from visual artist (under the name Irrwisch) and musician Alexander Trinkl. Erlöser means “saviour” or “messiah”; in this case salvation takes the form of noisy and hypnotic electronic textures.

The EP clocks in at just 18 minutes and is available in physical format as a 12-inch vinyl record with one side containing the music and the other an individually hand-painted design. Trinkl also takes a painter’s approach to the music itself, with each of the five pieces having been constructed as a kind of soundscape as opposed to anything that could be called a “song” in the traditional sense. However, the tracks themselves are perhaps surprisingly easy to latch onto. There is terrifying distortion, dizzying atmospheric synth textures, and punishing industrial beats, but there is also an attention to form, dynamics, and sometimes even melody that lends the EP and the works within a satisfyingly structured musicality.

The music was composed using an improvisational stream-of-consciousness approach, and we follow the journey from “Einführung” (“Introduction”) to “Ausführung” (“Execution”) as Trinkl leads us through an exploration of various different feelings. There is tranquility and there is chaos; there is rhythm and there is ambience; there is electronica and there is industrial noise rock.

My only criticism would be that some of the more “natural” synthesised instruments, such as the drums in particular, could do having a little more attention paid to processing and mixing in order to sit a little more comfortably in the mix with the harsh and spacey synths. Having said that, “comfortably” is probably not how Trinkl would imagine the listener to be sitting whilst listening to this mind-bending work of experimentalism.

Unpredictability, experimentalism and cross-disciplinary approaches have always been cornerstones of genuinely exciting and intriguing art, and Flamongo’s Erlöser takes its place as a new exploration in this spirit. I for one will be waiting eagerly to see and hear what Flamongo’s next music / visual art crossover project will be and what new directions he decides to push this project in.

Erlöser is available for digital download or to pre-order on special hand-painted vinyl (to be shipped as of July 2020) from Flamongo’s Bandcamp page.

Immediately from the intro to opening track “Harmless” it’s clear that this will be an electro-techno EP with purpose and attitude. Steady drum machine, pulsing but hard-edged Vangelis-ish basslines arrive first- but there’s a twist, when the guitar and vocals arrive and it all takes a slight turn for the indie. The slightly Dave Gahan-ish vocals (but early, more clean-sounding Dave Gahan) are introspective and just a little nervous-sounding.

“Harmless” is something of a crossover track, to the extent that I’m surprised they haven’t thrown in a radio edit just in case, but the rest of the EP is more straightforward and purist instrumental electro-techno. Both “Recurrent” and “Dusty Knights” border on progressive house, with understated beats letting the pulsing basslines do all the work. A squelchier feel to the melody and some ‘ah-oh-ah-ah’ vocal notes in the latter make it the more interesting of the two.

“Recurrent” also gets an Alexander Robotnick remix, which keeps fairly close to the original in terms of tone, with a more compact structure, clappier house rhythm, and most importantly the addition of an acid 303 line which is a well-trodden but reliable route to electronic sonic happiness.

It’s my understanding that Cantor is Italian (though this might not be correct), in which case I can’t help but make a comparison between “Harmless” and fellow Italians Planet Funk who, after their initial pop records, but out consistently good indie-techno-pop releases that aren’t a world away from this. If you liked them, or you appreciate the work of New Order but wish they’d done slightly harder techno, then this is something you’ll appreciate.