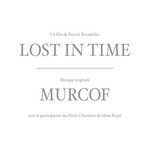 One of the most known names in electronic music, at list from his "Remembranza" release, returns with the soundtrack of the movie by Patrick Bernatchez of the same name (properly this is the CD edition of the vinyl release in 2014 by Casino Luxembourg). The movie is described in the liner notes as based on two parallel narratives intertwine and, so, the Murcof's music revolves around two distinct elements: traditional, and quiet, instruments and electronic, and loud, ones.
The first track, "Intro", shows an idea of ambient music far more complex than many of his colleagues: while it starts as a canonical ambient track based on a drone, it evolves by accumulation until even a melodic line could be heard in the development of the sound layers. When it seems that the release could continue along this framework, "Chapitre I" is based on church's chant (it's the Goldberg Variations sung by Les Petits Chanteurs du Mont-Royal, but Bach music is religious) which continues in "Chapitre II" until the reverb applied to this chant announces the the return of a drone introducing the return of masses of drone, some of which are even noisy. Then, "Chapitre III" begins a series of tracks, based on dynamics, which are at the threshold of audibility and "Chapitre IV" is constructed as a series of sonic events isolated by seconds of silence. Underlining the narrative framework of this release, "Chapitre V" and "Chapitre VI" feature a short return of the chant of "Chapitre I" as one of the layers emerging from the resulting drone. "Chapitre VII" is a really quiet, and barely audible, drone acting as an interlude to the second part of the release. "Chapitre VIII" starts as a loud track based on sharp tones and ends with a quiet track. "Chapitre IX" is characterized by a melancholic line of piano. "Chapitre X" is a droning crescendo which continues in "Chapitre XI". "Epilogue" closes this release with an apparently static drone decorated with the slight return of the piano of "Chapitre IX". A track not included in the original soundtrack, "Chapitre N", closes this release with an evolving synth drone.
Impressively multifaceted, it's a release which confirms the status of its author as one most interesting ambient composer around. Chapeau! Highly recommended.