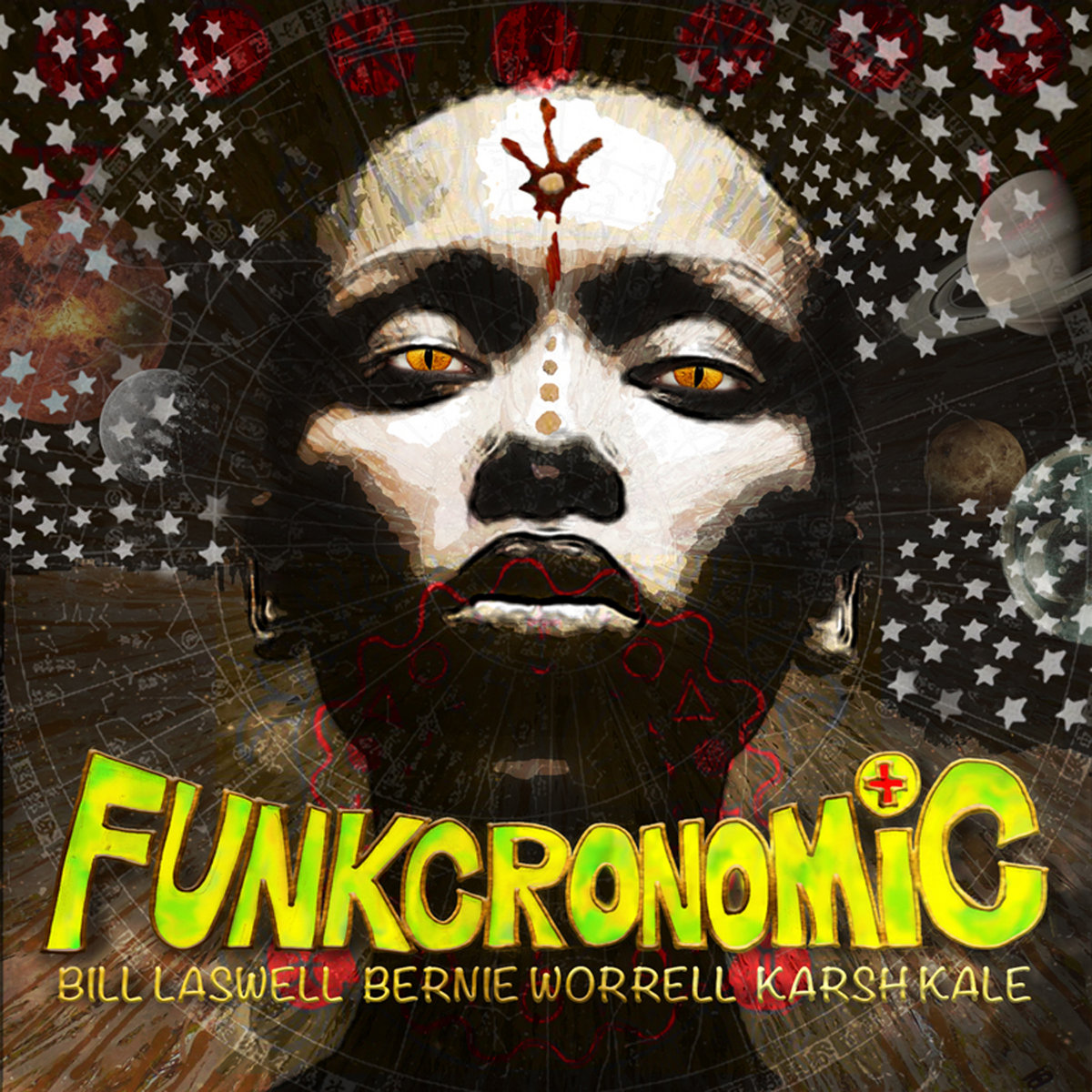 Funk, in its purest form, is written in the language of escape. Not so much an out-of-body as inner-body experience, it turns the world around like a mirror to reflect only the brightest parts of our souls. In this intimate yet far-reaching collaboration between bassist Bill Laswell, keyboardist Bernie Worrell, and drummer Karsh Kale, we dive off cliffs of ego into the bottomless pool of creativity that drives these master musicians to seek sonic truths.

As “Woo Doo” somersaults into the funk-o-sphere, it offers glimpses of a future in which peace and sparkling emotions walk hand-in-hand without ever looking back. It lifts us beyond the entanglements of everyday life and to the spirit of resolution from which we’ve been trained to disassociate ourselves. The underlying current of “Flashlight-Redux” likewise taps an optimistic marrow and spins from it an appreciation for life. There is a distinct feeling of illumination, of knowing that darkness can never win so long as there is music to keep it at bay. “Outer Woo” underscores this dynamic even further, beginning with a warm introduction from Worrell, whose fingers then tip the fulcrum into a rhythmic invitation. The vibe is supremely welcoming, and under its influence we may dance without fear. The lights dim, ironically enough, in “Flash Back,” wherein oppressions cease to be and the only call to arms is to lay them down. All of which yields the concluding “Shochurolling.” In this tune, Laswell’s bass line and Kale’s lockstep are so heavenly that they feel downright sentient, even as Worrell slings an earthly shine.

In the end, this album is a master class in the art of perspective. It reminds us that being too close to the sun would mean certain obliteration, whereas at a divinely ordained distance it becomes a source of life. The music of Funkronomic likewise stands at the precipice of death and invisibility, finding purpose in its finite mortality. Listening to it makes Worrell’s passing harder to bear. Then again, we know he’s nodding his head somewhere, smiling through this planet’s dramatic chord changes, over which he stands poised to strike an eternal groove.