Artist: Deison
Title: Substrata
Format: 10"
Label: Drone Records
BUY from HERE or from HERE
Italy's Cristiano Deison is a musician active since the mid 90's in the noise / experimental / ambient realms. Many of his releases are collaborative works among them quite known names like John Duncan, K.K. Null or Maurizio Bianchi.
This EP is part 28 of the ongoing Substantia Innominata series by Drone Records.

Siavash Amini: A Mimesis of Nothingness

“A Mimesis Of Nothingness” is a series of six dark abstract soundscapes where Siavash Amini derived inspiration from the photography work of fellow Tehranian Nooshin Shafiee, whose photographs were sadly not included in the promo package so I can’t comment, but as described in the accompanying sheet, showed not “the Tehran that everyone projected into their work” but instead “Tehran showing itself through tiny and giant overlooked places and objects”.

But there is also a sombre beauty too, as exhibited in pieces like the very melancholic “Moonless Garden”, which introduces hollow and more melody-driven string-like sounds and birdsong noise that somehow manages to avoid feeling cliché, perhaps because it feels chaotic and zoo-like rather than like a genuine landscape.

This conflict of moods is clashed together most dramatically in “Observance (Shadow)” where the soft choral-like pads seem to be quietly resisting the sharp-edged, impulsive, metallic and unpredictable screeching noises that come along to try and break them.

It’s 36 minutes of very dark portraiture, a kind of brooding semi-ambient yet one you can’t ignore thanks to the various unsettling tones and unexpected bumps. It’s far removed from the traditional images of Tehran and tells you something you didn’t already know, which is often the sign of a good portrait. 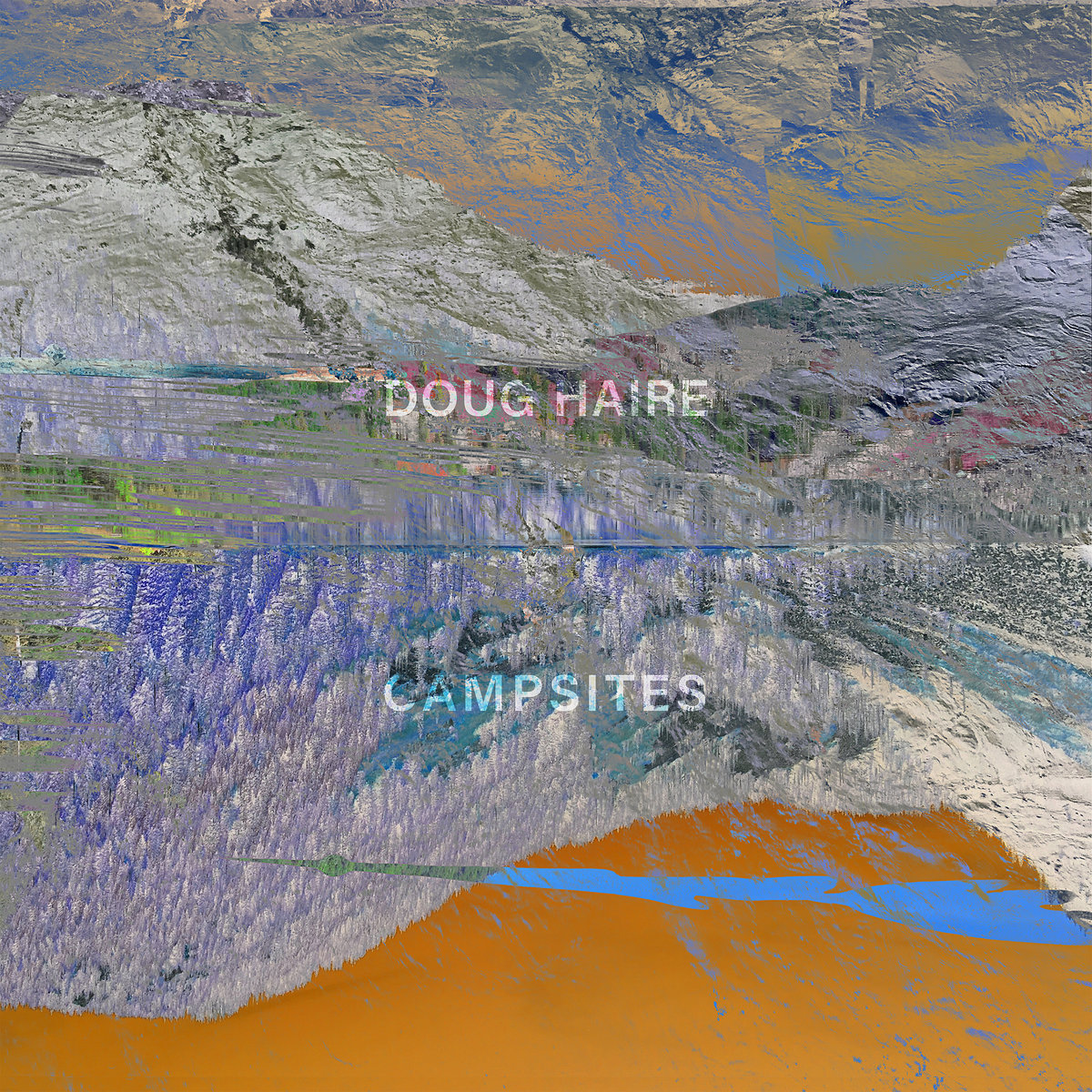 Phil Klampe is back again with another Homogenized Terrestrials release, and you just can't keep a prolific guy like Phil down with a little pandemic. If I'm counting right, I think 'the defending magician' is HT's 23rd album , but I could be wrong. Once again the CD's cover features Phil's cool close-up and colorful insect photograph cover, which is never a clue as to the music inside, but looks great anyway. If you've ever heard a Homogenized Terrestrials album, you might have a pretty good idea what to expect- instrumental dark electro-acoustic environments that often defy description- ambient-industrial in places but also much more than that meager description. Take the second track, "yoong" for example. It begins with a struck or plucked note and something that sounds like tightly coiled feedback drone, and gets repeated in different ways with supplementary sounds mixed in before it turns into a gauzy dreamworld that envelopes the listener like a cloud. Some might think that this piece is minimal but it's really not; there is a lot going on beneath the surface. As calm and non-threatening as that track sounded, the next one, "huel," sounds hugely horrific, as if you've entered another dimension where the rules of physics don't apply at all. Not to be outdone, "queal" which follows starts out strange and spooky, introduces some semi-metallic creaky sounds then just goes full ambient pad drone, all in the space of 2:23.

The one thing that can be said of the fourteen pieces on 'the defending magician' is that they're all different, and chances are that if Klampe used a sample or sound on a previous track, it has been altered, modified or mangled in some way as to render it unrecognizable from its past use. This takes an incredible amount of skill and natural talent for sound sculpting, but since Klampe has been at it since 1986, I guess that it's not surprising. While most of the compositions don't seem to have the traditional musical components (ie; melody & rhythm), there are exceptions. After what sounds like an amplified version of an insect digging its way underground through the dirt to the open surface on "ruptivate," there is a repeating slow, melodic rhythmic figure played on something like metallic tubular bass, while a ghostly voice moans a higher counter melody. It could have gone on a lot longer in my opinion but HT never dawdles for nostalgia's sake. These little gems of harrowing goodness remind me of an amusement park, but more like Dark's Carnival in Bradbury's "Something Wicked This Way Comes" than Six Flags over Anywhere. In a way 'the defending magician' could be said to be cinematic, but it would certainly be a surreal movie soundtrack with thriller and horror overtones, and likely an art house film as well.

I should mention the package Phil Klampe sent me contained two other CDs, both prior limited releases on cassette, and although I've listened to them, I'll review them when time permits in the near future. In the meanwhile I highly recommend you get 'the defending magician,' a most rewarding encounter in creepy darkness.