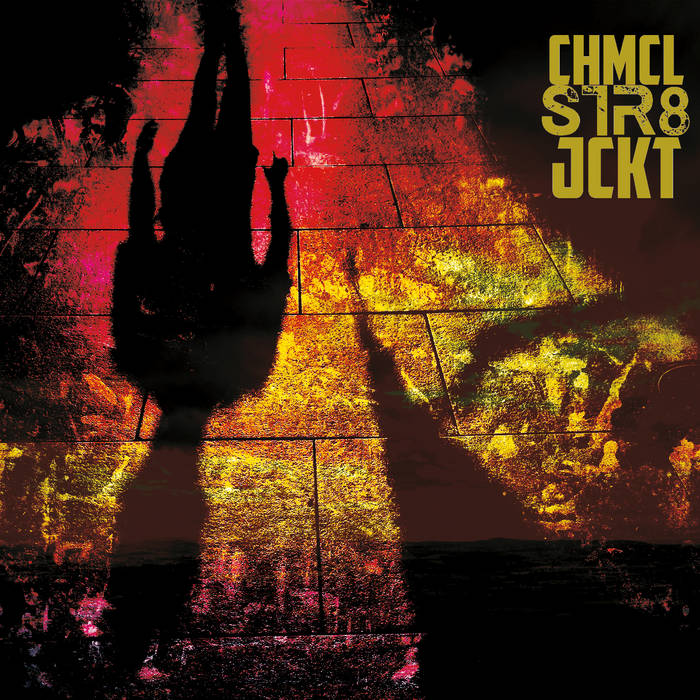 That is a fine-chosen and very Industrial-minded band-name for a newcomer-project out of Hawthorne, NJ.
CHMCL STR8JCKT is a duo consisting of Kevin Snell (programming / vocals) and Mike Cairoli (guitars) and they present us with this self-titled 8-tracker their debut. You'll get a varied produced onslaught of Electronic/Industrial music pretty much inspired by some prominent top-acts of the Coldwave-scene like Imperative Reaction, Mindless Faith, SMP, or Idiot Stare.
Always with a Metal-oriented background in mind, this release offers multiple dark and sinister moods along all known paths of Industrial music and themes. What can be positively noted is their tendency to balance their Electronic-minded side to a same level to their gritty guitar-oriented side. There are several good ideas in their compositions included to keep the blood boiling although it definitely needs a bit development. Some of their used electronic bass-lines or lead sounds haven't been cooked with the freshest water available. "Dressed to Kill" with its stuttering old-school synth-bass-lines is a promising warm-up, while "One Last Salute" with its grinding guitars should set fire under the roof. Here hides the next point I tend to criticize, because especially "One Last Salute" could be much more efficient if it gets a tougher and more punching outfit. "House Upon the Hill" would be a fine tune to play a bit with the Harsh-Electro junkies out of the Terrorbanana-camp but unfortunately it still misses the needed drive. Overall a good and recommended debut and I really enjoy the sinister and hauting expression while it isn't at all flawless.
Some refreshments have to be made, maybe a foreign and experienced producer / sound-engineer could be helpful too with hints for further development. But fairly enough produced for a debut.