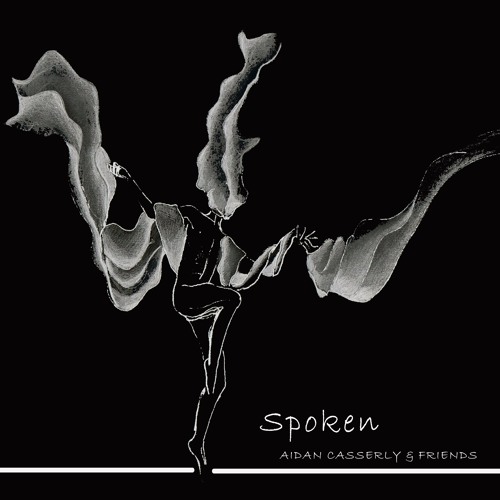 The new album by Aidan Casserly, who among the other hundred of things he does reformed his first band Empire State Human, is a particular and touchy one. "Spoken" has been released as Aidan Casserly & Friends as the fifteen tracks are spoken word performances with background music played by Aidan. For a little bit more than half hour this album will capture your attention totally. Each track has a different guest that give his voice and his interpretation to the lyrics reading them with transport and passion. Most of the tracks are piano driven ones but we have also some with a "creepy" atmosphere like the opening "Amaze Me" (with ambient synth lines), "Incubus II" (it sounds like an horror soundtrack with kettledrums, piano, synth lines and it's read by Attrition's Martin Bowes) or "We Are The Light" (this is probably the most experimental of the lot, thanks to a minimal approach to guitar distorted sounds and filtered vocals). You can check the whole album at the House Of Analogue soundcloud page at https://soundcloud.com/houseofanalogue, it's worth it!