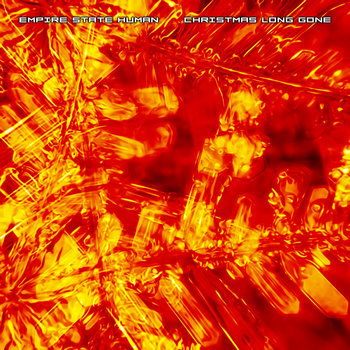 With the 2014 release of the album "The Dark", I thought that Empire State Human finished their adventure. Aidan Casserly after that album kept himself busy releasing tons of great music under different monikers like Glass Dancer, Ferrochrome, KuBo or his own name, to name a few. With "Christmas Long Gone", Empire State Human are back with four "new" songs plus a fifth one available only on the CD version. It's not clear to me if Lar is still a band member or if now Aidan is taking care of everything but I can say that the new EP has the same quality of the previous releases. The opening "Christmas Long Gone" is a new version of a track they gave for free some years ago and this version is melancholic but also powerful: the wobbling bass empower the structure while the rarefied atmosphere we find on some moments, help the creation of a melancholic aurea that works as counterpart. The other four songs are instrumentals that sound like an hybrid from the old synthpop E.S.H. songs and the tense ambient soundtracks that Aidan wrote during the last few years. This effect is more evident on the mid tempo "Fathoms" and on the spacey quasi ambient "Solar Trips". This is the nineteenth of Banoffeesound, a label that begun to release music only the last year but that have already got the attention of synthpop music lovers.