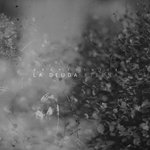 Dramavinile is the project from Vincenzo Nava based on a sort of Lo Fi personal aesthetic which refuses the crystal clear digital sound in favor of a warmer one influenced by the typical background noise of analogic equipment that creates some charming aural artifacts.
The soundscape of the first part of "La Deuda [Eterna]" which opens this release is an almost complex juxtaposition of drone, samples and small noises whose result oscillates between ambient and glitch while the guitar's insertions reminds to some electoacoustic's fields which are at the core of the meditative second part of this track that is based on small samples upon sparse guitar noted immersed in a relative silence. "UP-Nea" is instead a short track based upon a couple of drones and field recordings creating a sense of displacement. "Elephant" oscillates between quiet drones and distorted guitar taking the listener's attention. "Untitled" is a quiet soundscape while "Seven" seems to be his continuation until the guitar start as a reminiscence of a certain post rock. "Ropes" closes this release as an almost pure guitar track developed as the juxtaposition of long tones and melancholic phrases.
Whilst he reworks well known elements and forms, Vincenzo Nava tries to develop a personal form exorcising the ghost of his influences with a work focused on atmosphere and narrative which captures the listener's attention. Recommended.