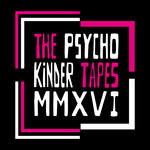 This release from Alessandro Camilletti, the mastermind behind this project, is the statement that synth pop is not a closed book even if there's some hint these days. The key characteristic of this release, from the codified code of the genre, is the focus on lyrics concerning the state of western civilization in times where people prefers to chat using social network rather to talk and try to change our society. For this project he collects a bunch of producers whose peculiarities doesn't break the stylistic unity of the record whose music is a support to the message.
The structure of "Stato Di Violenza" looks to the tradition of italian new wave without nostalgia. The melodic aperture of "Oltre Il Tempo" is the mirror to the experimentation of "Psycho Kinder" followed by the remix of "Vivo E Invisibile" made by Miro Snejdr who filters Camilletti's voice and so, for a moment, puts the message in the background in favor of the music. "Inviolabili E Sacri" blurs the border between art and life citing Leo (Giovanni Leonardi) in the text which is the author of the music. "With Usura" features a recording of Ezra Pound whose voice is present also at the beginning of the first track. "Viaggio Allucinato" is almost a break from the darkness of this musical journey with his upbeat. The Carnera's remix of "Il Tramonto Dell'Evidente", while being the finest at aural track, sounds sometimes too different from the rest of the release. "Essere" closes this release with an hypothesis of minimalism for the next record.
The constant level of songwriting is almost impressive and results in a release that could be enjoyed even by the casual listener if djs were more courageous than they are now. A coal turned into diamond.