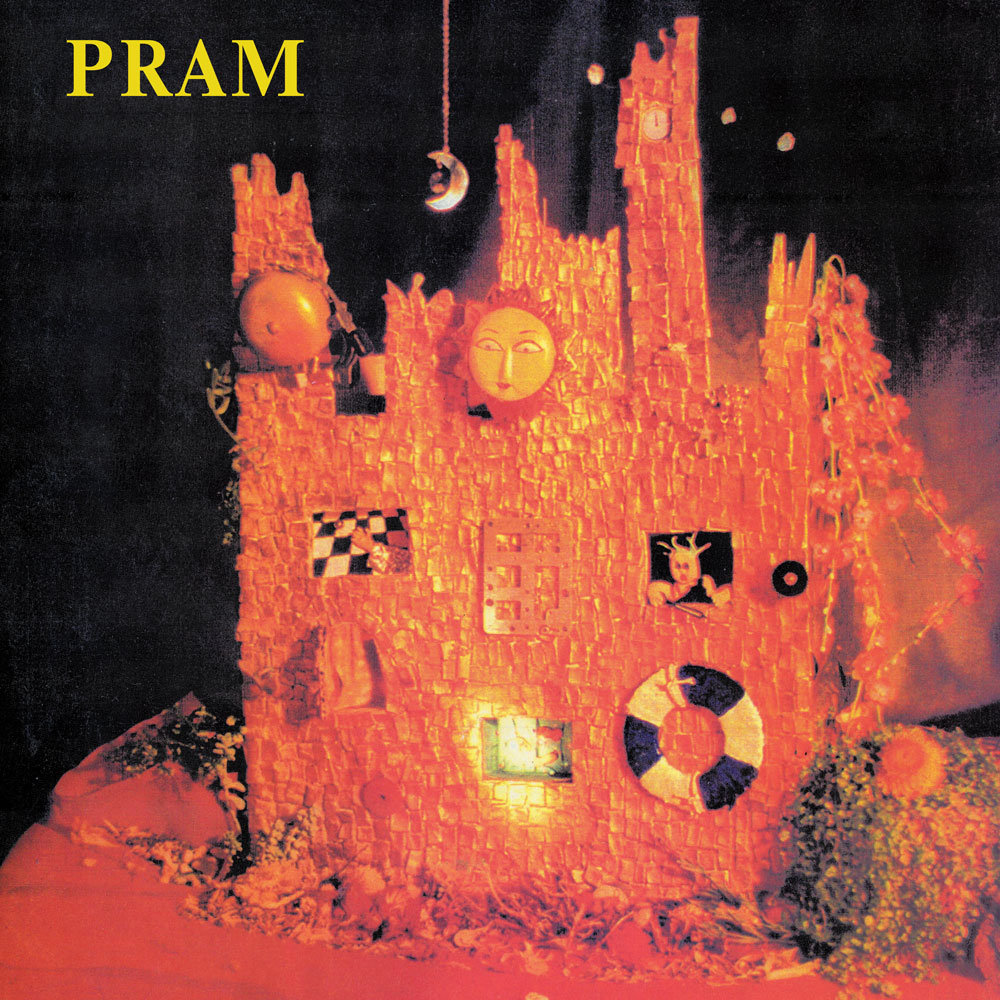 My better-late-than-never journey into the discography of Pram continues with their second reissue on Medical Records: 1994's Helium. This time around, the deluxe reissue is on yellow wax. Like the previous reissue (The Stars Are So Big, The Earth Is So Small, Stay As You Are) there has been no remaster. Again as before, it's a welcome decision, for music exuding a similarly dynamic, low-fi mixture of mild aloofness, humour and instrumental experimentation.

'Gravity' seems to begin the album in a similar vein to The Stars Are So Big..., with a tense atmosphere somewhat analogous to that of its opener 'Loco'. There's clearer audio this time, which brings out and bumps up across the spectrum the rapid drumming and dramatic, quick motifs of the keys. Between them wavers a similarly climactic, fraught cello line that eventually descends into pulsing lows and upper squeals.

But with the second number, 'Dancing on a Star', the band find a much more satisfying balance between accessible songwriting and odd, exploratory experimentation. The strange, rather improbable mix of sounds makes plausible the idea of many different potential versions of the song; of a kind of arbitrariness. Yet at the same time, these individual elements really complement one another surprisingly well. The thin bubbles of the ascending bassline, the bold and varied synth play ranging from Radiophonic Workshop-esque spacey wobbles and bloops (an MS-20 perhaps? I'm no expert) to the stop-start tinkling of miniature bells; the characteristically restless drumming; Rosie Cuckson's usual bashful, dreamy vocals. Overall, it's bewildering, but also captivatingly energetic and warm. The other outstanding songs are 'My Father the Clown', with its uneasy waltz and smokey, beatless, instrumental final section; the handsome, protracted, jazzy "Blue" and the closer "Shadows", which blends verses of synthesised traditional folk with a fidgeting, instrumental chorus of metallic rhythms, brass and synth.

In the liner notes to the vinyl reissue of The Stars Are So Big, Cuckson recalls that the music of the band was "democratic" in the sense of representing every member's individual interests to the point of compromise, with nobody completely satisfied at the end. This explanation undoubtedly applies to Helium as well. It's the sound of multiple interpretations and interests wrestling over the songs' themes. The result is ambiguity; like the kind associated with shoegaze, only expressed in complex, ineffable, proggy nuance rather than an arresting overload of output. The fabulously queasy 'Little Angel, Little Monkey', which resembles some demented, speedy descendant of lounge lizard music, is the most impressive example of this.

In spite of all the supposed tension, there's something about the predominantly gentle, wry messiness of this unpredictable, ambitious and lovely music that convinces me the band were probably having a great deal of fun.