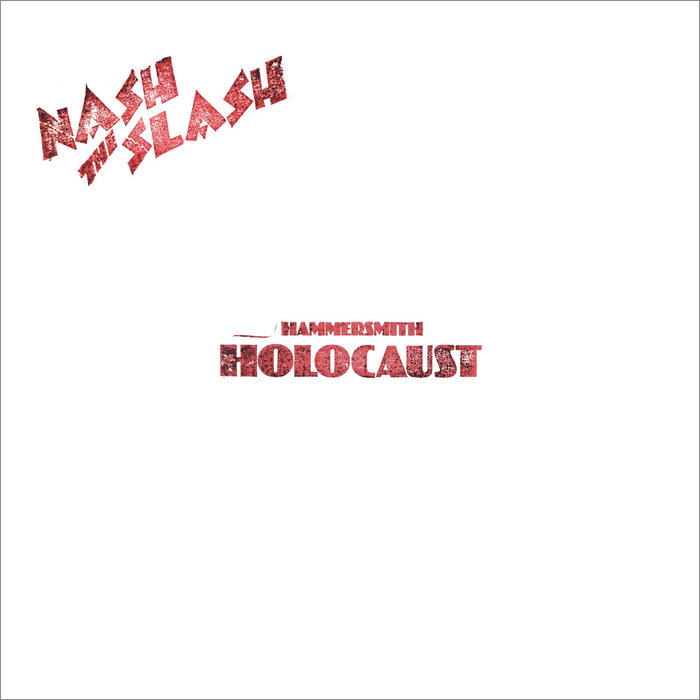 Introduced by the GOD of wave GARY NUMAN this artist is something not possible to be missed. A lonely genius facing the audience like an elegant mummy or better to say like the invisible man in a public space. He was from Toronto and his guitar is hard to forget deepened in weird reverberation, it's possible to listen echos of the Jew Music coming from another eon. It's a real once in a lifetime listening. The cover of Smoke of the Water is a pure sublime trauma where sound processing and a sick voice scream in the name of the rock and roll but both are caged into a psychedelic hell. Nash the Slash is a milestone in the musical raping, nothing is sacred for him and everything is ironically sublime. Nash seems born from David Lynch's mind in a state of grace.