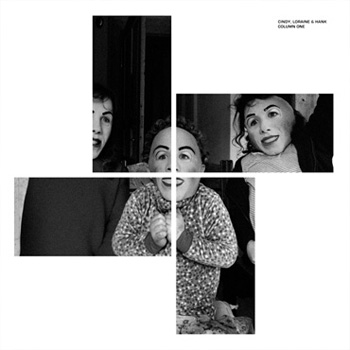 After a long hiatus, this Berlin-based art collective returns with a long release that was in the works from almost 10 years. This album is presented as "a museum of small, lovely bastards" which means that they aims to describe that kind of people "hidden in the dirt, covered with garbage". So this is a release that asks the will to understand the small choices that create a sound palette asking from a visual counterpart to fully realize his evocative nature.
An oscillator opens "Warsaw Part 2", and this release, and it remains until the instruments, played in an unorthodox manner, create a sense of increasing dialogue until the sudden end. "Idiotenmusik" is a divertissement of synth. "4", that is the third track as a symptom of the jokes which are the center of this release, features the Zeitkratzer Ensemble whose recordings are played by this collective and include also the beginning of the session, not only the music. "Antiphona #2" is a sequence of small noises that exalts the fragmentary nature of this musical concept. In an opposition of the use of a contemporary ensemble, "Cherokee" opens with the play of an old vaudeville records which evolves in the construction of a sound palette which perhaps mocks this kind of sound but reveal his property of being transformed in something else. "Not" closes this release with static drones acting as introduction from the final recording from an old movie.
The field recordings of "Warsaw Part 1" opening the second cd are suddenly doubled by a synth line that is slowly submerged by the resonances of the metallic objects which fades for the closing samples. While the first part of "Reverend Black" is focused on object's sound and still tones, his second part juxtaposes drones as the sound of first part were blurred. "Die Truhe im Fluss #5" sounds like a sonata for small samples, noises and voices as they were the audio recording of a theatrical performance with his almost silence final part as his end. "Der Fluss in der Truhe" is the path of this form and its use field recording is really evocative as the speaking words. "Stufe" closes this release as a commentary on child's play while the final part with the sound of a ping pong match creating, in a some way, a nostalgia for those times.
This is a complex release based on a narrative plan which seems to underline the almost obscure freaks that surrounds our life almost unseen. There's also a sense of nostalgia from old times, as many samples are taken from old films or are related to childish play, or so they sound. For all fans of weird music this release is a must, the others could enjoy this weirdness but a their own risk.