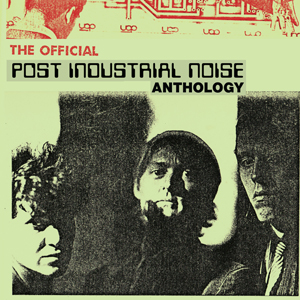 The music sharing blog, as a format for unauthorised redistribution of digital music, has fallen out of fashion - we may suspect for practical, rather than aesthetic, reasons. It is largely succeeded by more concealed and somewhat less efficient adaptations, within an ongoing and disorganised struggle, with which we are all familiar, between the protection of 'intellectual property' and the unobstructed and free distribution of information.
It is probably because of this particular issue that a blog such as Crispy Nuggets persists to this day. Its eager specialisation in forgotten and altogether obscure 1980s synthwave music leaves it well outside the cruising range of most of the net's digital rights trawlers. A lot of the music exposed by the blog takes the form of solitary 7"s and EPs that alone constitute their creators' entire discographies. Among other blogs, I tracked Crispy Nuggets with enthusiasm as a university student but somewhere between 2010 and 2011, forgot about it. Now I learn that it not only still operates, but has lately worked in collaboration with Medical Records to reissue this anthology LP by Columbus, Ohio ensemble Post Industrial Noise (henceforth 'PIN'), a trio that consisted of Robert Cruise Jr., Gerald F. Nelson and Dana Riashi Ritchley. It's quite an upgrade too, from the original cassette to a 180g gold vinyl beauty.

Martin Bowes at the Cage Studios seems to have been careful not to overdo the remaster, which definitely retains an authenticity to the production. Though the album falls beneath the familiar minimal/synthwave category, the dynamics of the songs are populated by pretty artful and experimental bits and pieces. Primary contents are often accompanied by numerous textural productions and sound design that hint at devotion to detail. The opener, 'Sketch', is introduced by a discordant modular patch a little reminiscent of the BBC Radiophonic Workshop. The track proper comprises a rustling hat-based rhythm, with a flylike buzzing lead and what sound like tinny guitar plucks. The vocals assume that pretty dated, theatrical style characterising the genre in the eighties.
Much of the album enlists similar combinations of tinny rhythms and sibilant lead synth. 'Survivalists' also employs a dramatic and seductive artificial string backing for the beguilingly nasal voice of the band's male singer (I'm unsure whether it's Cruise Jr. or Nelson). The combination is effective. Things get funkier at 'COTA City Sala', but it isn't until the following number 'Think' that the delicious, italo-esque nonchalance really comes out. Around that excellent beat is an ominous minor-key space populated by wonderful drones, sophisticated effects play and an angular, rubber-band bassline. Meanwhile, on main vocals, Richley contemplates the listener's existential disenchantment.

Perhaps Post Industrial Boys, a dry-witted electronic project helmed by George Dzodzuashvili (also known as a member of the Goslab collective) was a reference to PIN, who formed in 1982 and first released this anthology the following year. Besides the pseudonymous similarity, the two artists share a song title, 'Think', although there appears to be no resemblance content-wise. Coincidence? In any case, this reissue was worth the effort. PIN were doing clever and creative things with this album.