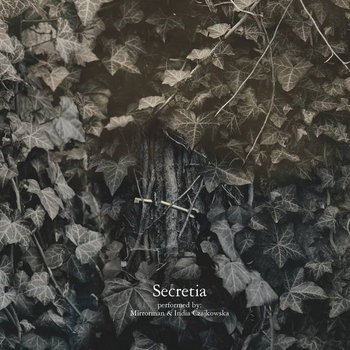 This new Zoharum release could be seen as the follow-up of the remarkable "in the fog" previous album of Mirrorman. In this release the vocals of She.Exist are replaced by the contribution of India Czajkowska. However if that album was inspired by, and is in support of, the situation of the children in Chernobyl and, so, was an almost sad album, this one is clearer as, even if the base is a mix of trip-hop rhythms and ethereal vocals, the soundscape behind aims to depict a pastoral landscape rather than a desert one.
The trip-hop beats and the oriental mood of "Slavery" opens this release while "Distant Lights" deals with more meditative moods. The first part of "At The Gates Of Silence" is almost ethereal while the second return to a chill athmosphere and the same structure is repeated in "Kingdom Of Calmness". The soundscape of "Hidden" is colored by the voice of India Czajkowska while "Eleven More Days" returns to the trip-hop athmosphere of the beginning of the album. "The Unknown" returns instead to the meditative mood as "Ashes" is an ethereal track. "The Prophecy" closes this release as a blend of all the paths followed in this album.
Perhaps a little bit derivative in his development, but, the result is so enjoyable and crafted that worths a listen to a wide spectrum of listener: to the chill-out fans to the dark one. Almost recommended.