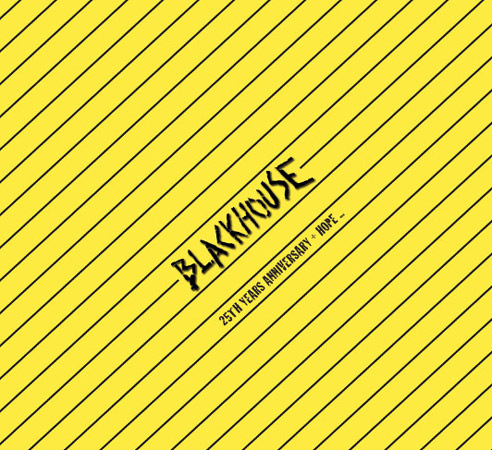 Born in 1984 as an answer to the sexist extremism of Whitehouse, Blackhouse is celebrating their 25 years of activity. Using Christian themes as lyrics instead of penis on fire and stuff like that, the music was early accredited to a duo formed by Ivo Cutler and Sterling Cross who came from the heart of Mormon country, Salt Lake City. Blackhouse changed the game of industrial pornographic themes, using power electronics sound in conjunction with Bible messages. A lot of time and releases have passed since their 1984 "Pro life" tape released by Ladd-Frith so M-tronic decided it was time to celebrate the project with a double CD. 25 YEARS ANNIVERSARY + HOPE... is a particular collection, because it consists of two CDs where the first is a mix of spoken word (where Brian Ladd talks about Blackhouse and about the facts of his life that led him to form Blackhouse), unreleased tracks, collaborations and remixes by Le Syndicat, Brume, Hypnoskull, PBK, Orphx, Pacific 231, GX Juppiter Larsen, etc. for a total of twelve musical tracks and thirteen speeches. The second CD is a reissue of their second release "Hope like a candle", also released on Ladd-Frith. The thirteen tracks of that tape were recorded directly to a stereo cassette as live improvisation without the use of overdubs and post mixing. Musically those tracks sound a little more varied compared to what Whitehouse produced then as many tracks are built on rhythmic layers where treated vocals duet with feedback and white noise. With this release you can check a "different" piece of 80's industrial music.