HANDS OF CAIN: The Only Sound 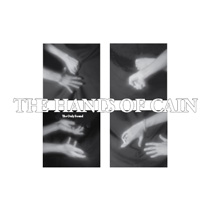 Born in Greece from the ashes of the post punk band Ausschwitss, The Hands Of Cain didn't release nothing in their past and they lasted only during the 1983÷1985 period. They split up after recording two tracks in studio: "Deep Inside" (a mix of Simple Minds meet the last The Danse Society) and "The only sound". This vinyl album plus 7" E.P. is the first official release of the band and it contains a selection of demo, studio and live songs. They were coming from Athens and the line-up was: Dimitris Chorianopoulos (vocals, bass), Spyros S. Adam’ Floros (drums), Costas Papakitsos (synthesisers) and Dimitris Stamatiou (guitar). Their music was a mix of post punk and dark wave pervaded by the characteristic melancholy of mid eighties' goth sound. All the songs have a strong bass/synth/drums section which duet with light distorted guitars and introspective vocals. The opening tune "In a dark cell", along with "Deadlips" and "Pristine passion", have been recorded in 1983 and are influenced by the post punk past of the combo and they are the ones I prefer. The following two tracks of Side-A have been recorded in 1984 and on these ones the sound turns into an upbeat melancholic wave vocally influenced by Bauhaus. Side-B has the only two songs recorded in studio and the three live tunes. These ones show how The Hands Of Cain sound changed by leaving dissonant melodies and increasing their melancholic side.