HERBST9: The Gods Are Small Birds But I Am The Falcon 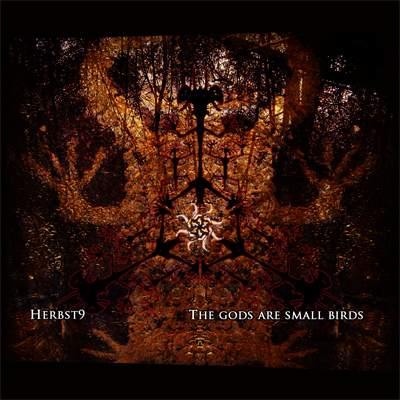 Artist: HERBST9
Title: The Gods Are Small Birds But I Am The Falcon
Format: CD
Label: Loki Foundation (@)
Rated:

After eleven years of activity Herbst9 release their fifth album titled THE GODS ARE SMALL BIRDS BUT I AM THE FALCON. With such statement the band take inspiration from Assyrian and Asian mythologies, lamentations, prayers and ancient rituals. With a primitive approach to sound Herbst9 composed nine tracks that form an unique sonic scenario made of hisses, tribal percussions, drones, trumpets, growling voices and minimal melodic lines. For sure this is a record that you won't be able to enjoy listening skipping tracks or choosing the one you dig most (maybe after a couple of spins you would like to take a deep listen to a particular track) as "The laments begin" (the one I liked most along with the following"Must I Die? - because of my holy song") opens a different world made of sidereal echoes of ancient earthly rituals. The minimal compositions have as counterpart a rich amount of great sounds which are able to create an hypnotic effect. Check some excerpts at the Loki Found website.