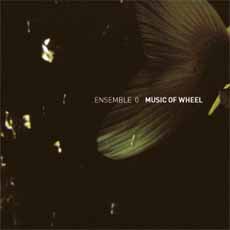 I've just come back from the cinema and this' the second work I review where piano is central or at least primary for the evolution of the narrative plot, but at the same time it's not played like that of a soloist. I'm sure Ensemble 0 will crucify me for this first consideration I've written but for most of the tracks It do mke sense, this is contemporary music to the bone but differently from many others they haven't left emotions back home, so take for granted they're really suggestive beside being interesting or "simply" brain stroking. Piano, cello, glockenspiel, toys a little bit of trombone and the guitar of Sylvain Chauveau (shame on me since this' the only musician I already knew) which rears its silent accent to make you feel its ethereal presence that's probably what you're gonna perceive if what you expect is a "normal" guitar. The fifth element of the band is silence, but differently from many quartets jamming in the contemporary area, this french people follows a straight tempo line, be it hidden or manifest usually they move faster then most of the quartets playing this game, it makes the soup even more tasty. This consideration focused on their relation with tempo is interesting since I already liked the of most of these extemporary compositions but this in someway shows one o the most Interesting peculiarities of the quartet beside the fact you can discern the influence but they still have their personality. Funny, from the early seconds of the cd I was thinking it would have been a journey a la Bablicon meets Rachels, but in the blink of an eye they disincarnated the song living some elements to counterpoint the silence with a few chords. This last thing in general represent their modus operandi together with the fact in most of the compositions they parsimoniously leave no more than one or two instruments duel with pauses. Interesting and in some way really suggestive.