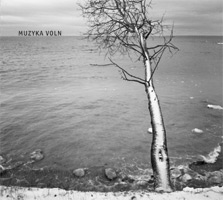 Muzyka Voln is the name of the Zhelezobeton sub-label and MUZYKA VOLN is also the title of their first compilation containing twelve bands/tracks coming from Russia which focus their sound on industrial/dark-ambient/drones music. First of all I must say that lately it is a bit difficult to find a dark-ambient project which is capable of creating a track which is able to catch your attention bringing you down through its world made of hypnotic and throbbing sounds. Also this compilation prove what I'm saying and if some projects composed their track using uniquely few humming sounds creating a dark atmosphere which grew little by little its intensity, some others tried to distinguish themselves adding a bit of melody, a treated guitar or some industrial sounds. The bands which convinced me most are: Kshatriy, Exit In Grey, Closing The Eternity, Nectropolis, Anthesteria feat. Kay?, Lunar^Abyss^Deus^Organum, Bardoseneticcube and Remoteband and eight out of twelve isn't that bad. Here you can check some sound excerpts http://zhb.radionoise.ru/eng/mv-i.html and here's the track-list:
1. Kshatriy - Orgamis
2. Exit In Grey - Kosmorders
3. Closing The Eternity - Autumn Dream
4. Hum - Halo Magnetic
5. Necropolis - At the End of the Universe
6. Cisfinitum - Moon Room
7. Anthesteria feat. Kaj? - In Gedanken an Russisches Drone
8. Lunar^Abyss^Deus^Organum - :Crystalline:Earth:
9. Instant Movie Combinations - Boiler Pipe
10. Bardoseneticcube - The Castle in a Fog
11. Polaris - Prickle of the Emerald Moon
12. RemoteBand - Untitled