since 1994, your no.1 source for electronic, industrial, ambient, dark, experimental & new music...
«« Previous Review (HIM) ⟺ Next Review (ZOMBIE GIRL) »» 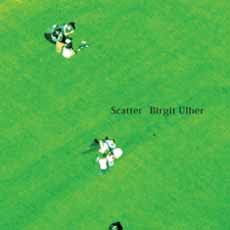 People like Taylor Deupree, Koji Asano and Birgit Ulher knows the meaning of the words "relax" and "stand by" but most of all do they know what "rest" means? Probably the answer is "neee" and this new cd on Creative Sources is here to confirm it. After some collaborations we reviewed in the last months this musician is back with a proper "solo recording". If compared with her collaborations this release is much more minimal and above all softer, if you're familiar with the usual sound of this portuguese label I'm sure you won't be dissatisfied by "Scatter". The trumpet sounds choked, its voice passes from suffocated notes/noises to short but never violent incursions. The voice of Ulher's trumpet rears its head just a few times (as I’ve said many times before when speaking about this style of free-improvisation forget academic use of instruments) and if you consider the average length of most of the tracks goes from three to four minutes: it means the most of the lexicon is represented by electro acoustic" noises. Birgit use her instrument as a nail with which she pierces silence more than in any other previous recording. I can imagine many listeners when giving a listen to "Scatter" could think of a joke, or even worse that the recording indulges on a bunch of senseless exercises, but wasn't that the opinion many had about the abstract expressionists' works in New York? Isn’t contemporary art trapped in that no mans land that separates a serious piece from a joke?.