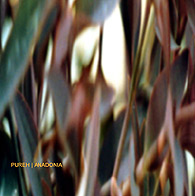 Of the many deeds done by Mick Harris, I'm sure he will be remembered together with Justin Brodrick for having established the industrial dogma of effected drum beats with a light dub influence. Pureh aren't absolutely a senless clone of Scorn or Godflesh (as if it was so easy) but I'm sure this cd is suitable for those who think Earache during the "experimental/industrial" transition kicked ass. "Anadonia" keeps on following that dead-end street discovered by Mick Harris after the "Colossus" album which implies repetitive rhythmic patterns that become hypnotical, lysergic synth canvas and above all "lost in space" melodies. A friend of mine suggested this music should be experienced under the effect of soft drugs, sure I dare you to deny these tracks haven't been designed to induce a state of (dark) trance. Honestly of most of the bands approaching to this style of music, Pureh is one of the most interesting I've listened lately. I think "Anadonia" is a good example of how good taste can add that something more that saves a cd from being ordinary administration. Sorry if I get boring while repeating that's not a mere clone but the fact is they mix the dark-industrial/industrial-dub feeling with some cold-ambiental melodies not so far from litanies used by many artists from the early Warp orde. If you think it's a weird mix you always have to remember apart from the ordinary tracks had an all british dark feelings (Autechre in primis). Not bad at all.