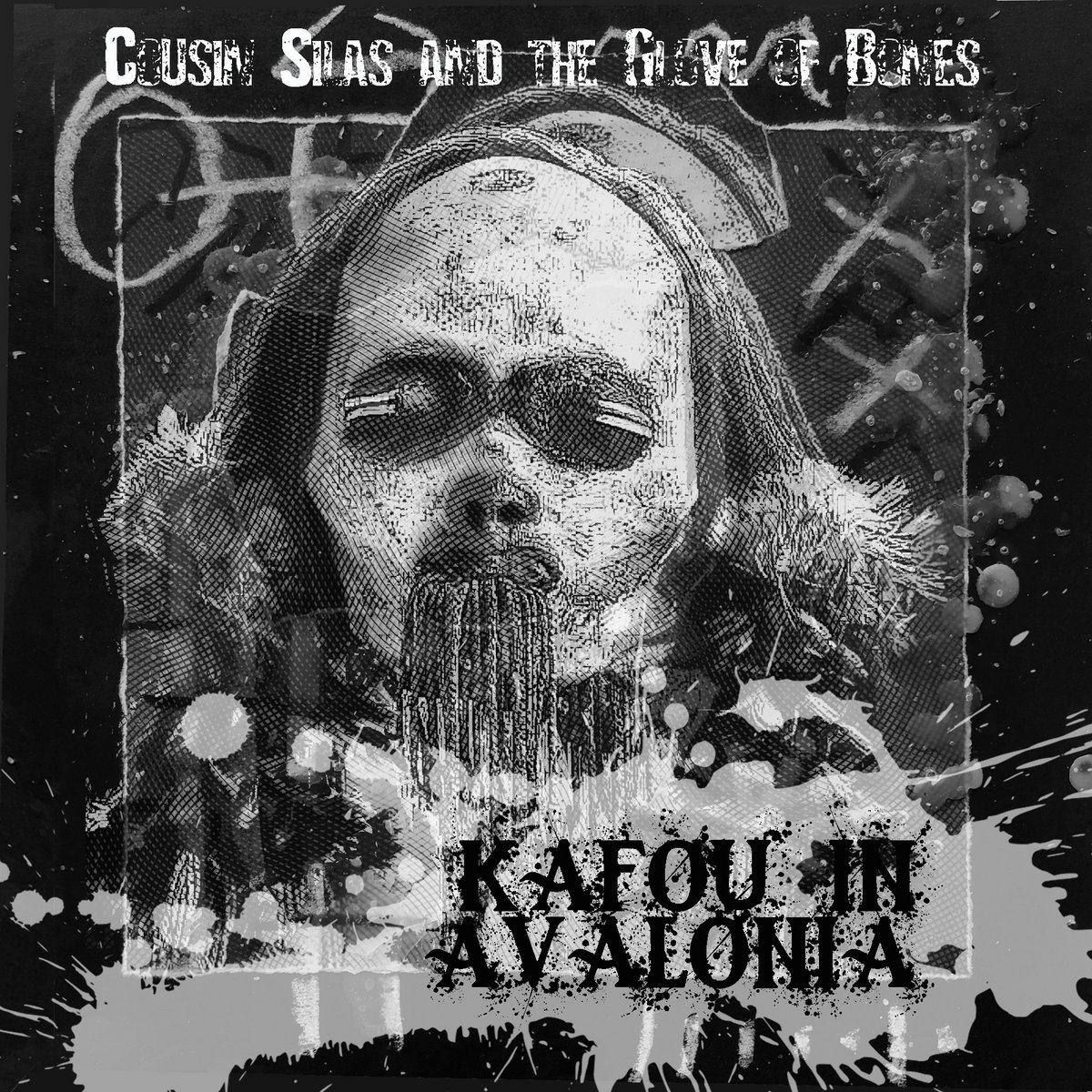 
BUY from  HERE
This is already the fourth ambient dub collision of Cousin Silas (Guitar, Keyboards, Ambience) and The Glove Of Bones (Beats, Samples, etc.). They teamed up at first in 2016 and since have nearly annually released an album worth of near unique and original material besides their own solo works.
This one is heavy underlaid with a concept to fit art and music: "Kafou In Avalonia imagines a world where the landmass if Avalonia (an early microcontinent which got torn apart) remained connected and civilisation took a more integrated path." Well. Kafou is a manifestation of Papa Legba, of the Hawaiian Pantheon of Voodoo Loas. Legba facilitates communication, speech, and understanding. Today the parts of Avalonia are spread between England, Wales, Northern Europe and the eastern coast of North America (….).