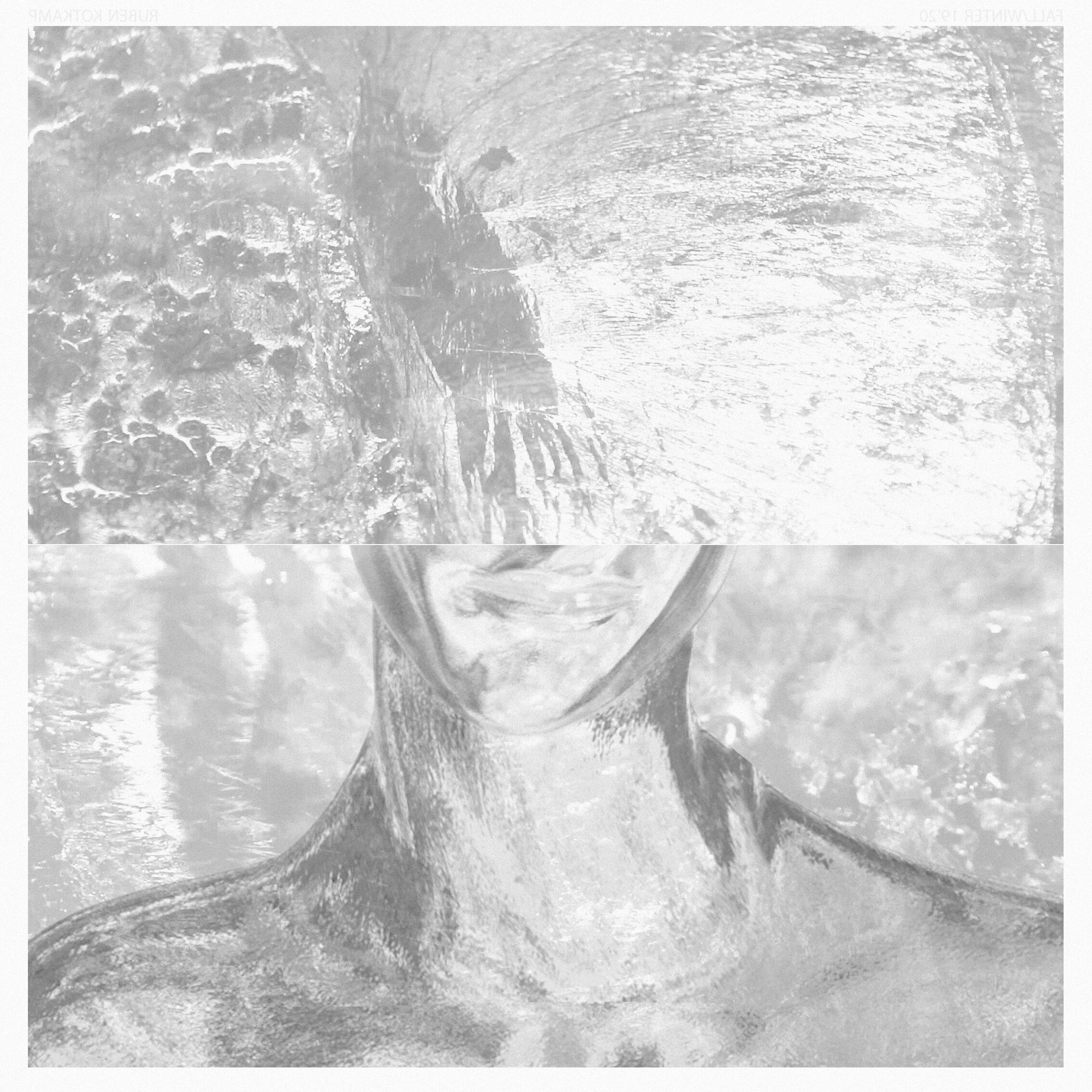 For this brief yet strangely visceral album, Ruben Kotkamp has grafted pieces of his work across dance, art installations, and concert music into a self-contained entity. “I am trying to approach music as design,” says the Dutch artist and composer, but one might just as easily find him trying to approach design as music. While there is little on the surface of things to suggest a common theme, if you peel back even one layer of said surface you will find an undeniable genetic bond at play. It is as if the voices, cello, electronics, and other signals that constitute the project’s elements have interbreed for millennia until the hybrid sonic species we encounter here is ready to open its mouth in search of autobiographical truths. Whether in the spoken words of “ett litet våld” and “l’ensorcellement,” each a ghost of itself kissing the sun with wintry regard, or the tactile minimalism of “like a virgin,” which examines multiple shades of first contact, even the most ineffable utterances must rise from a physical body. In that sense, Kotkamp’s experience in museum spaces becomes apparent in the sheer materiality of pieces like “untitled in chrome” and “untitled in ultraviolence.” Both reveal a Tim Hecker influence, but also a willingness to tread beyond the embrace of comparison across a melting tundra until the world itself becomes a watery bed of dreams. As in the latter track, transmissions beam throughout from the apparatus of the soul, masticated by a dark hunger until they arrive in the stomachs of our regard, where they dissolve almost instantly, thus returning to the blood from which they were born.