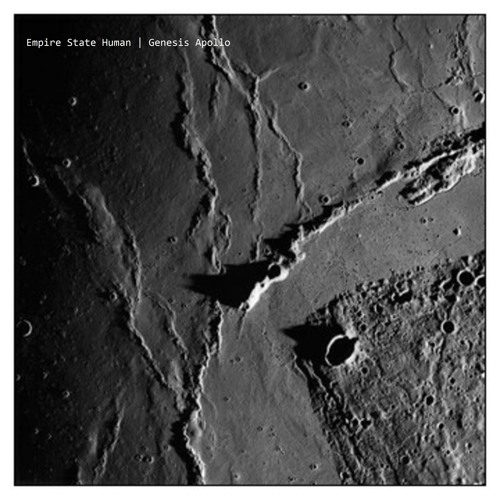 It was 2012 when Empire State Human recorded "Genesis Apollo". Then, it seemed lost until it resurfaced in 2019 into the files of an old hard disk, just in time for the celebrations of the 50th years from the moon landing. The mini album contains six tracks and the first one is the nine minutes long "1961", track which includes the whole JFK speech about the space program. This isn't the only atypical track of the lot, because "Genesis Apollo" has been composed as a sort of soundtrack: it has an unusual amount of vocal samples and no Aidan's voice, apart from the few parts on the opening track and on the extended version of "Apollo", track included in the 2002 album "Pop Robot". Empire State Human succeeded into making an ambient, space, synthpop album, thanks to the right balance of all the elements and without making it sound like an album made by a total different band and it wasn't that easy!