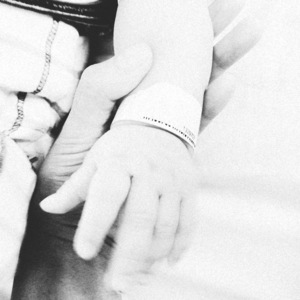 As stated by Lawrence English in the liner notes, "Sirens" was first presented at Berghain for CTM festival and it "documents documents the intensities surrounding the delivery and early days of his first child" with "a sense of deep affect". As this words suggest, this new work by a veteran of the electronic scene is widely different form his latest work e.g., The Bug, which are more urban oriented.
With the first seconds of "There is a problem", the listener is immersed in a sort of ambient music which has the canonical stillness but has an element of menace given by deep basses and noisy sections which underline the moments inspired by the complex circumstances in which his wife and his son had health issues. Even if almost all the track are rather short, under five minutes, there's a sense of continuum as the dub frequencies are the skeleton of this release so there's a clear musical path marked by the progressive release of the bass which has its apex with the final lullaby of "A bright future" which closes this release.
At first sight, this release could be seen as a return to the ambient form already explored in his Techno Animal days but, at a closer listen, it's really a step forward as it features the most carefully constructed sound of his career. Practically a masterpiece.