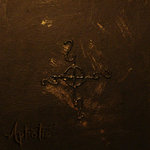 "Aphotic" is the debut album of Cut The Light, a project from Crimea whose dark ambient is mostly based on processed field recording aiming to create a somehow uncomfortable environment. Some tracks are very long and use this element to enhance the attention on sound details as the musical framework is based on stillness.
The first track, "I", starts as a noisy drone which is the background that ties together the other samples until the second part of the track based on samples of orchestral music, or so they sounds, reveals a sort of narrative behind a overall meditative structure. The field recordings of "II" are the base from the crescendo of a sharp drone which ends when it's time to focus the attention to the evocative noises of the final part of the track. After two long track, "III" is the first example of the second side of this release: short tracks divided in two or more sections where the focus is on the evocativeness of the samples. "IV" is a short interlude and introduction to "V" where a sort of slow melody slowly emerges from the static background. "VI" is the most static and canonic track of the album. "VII" reveals how can be reversed the canonical form: a static background based on drone and a moving foreground based on samples, exploiting the field recordings to create a repetitive pattern and focusing the movement on the underlying soundscape. "VIII" starts with a quiet and almost static background and ends with a sharp crescendo. "IX" closes this release with a short crescendo of a drone.
It's unusual that a debut album reveals a rather formed personality untied to his influences, so this is one of finest release of the genre that could be heard this year. Not for everyone but it's worth a listen.