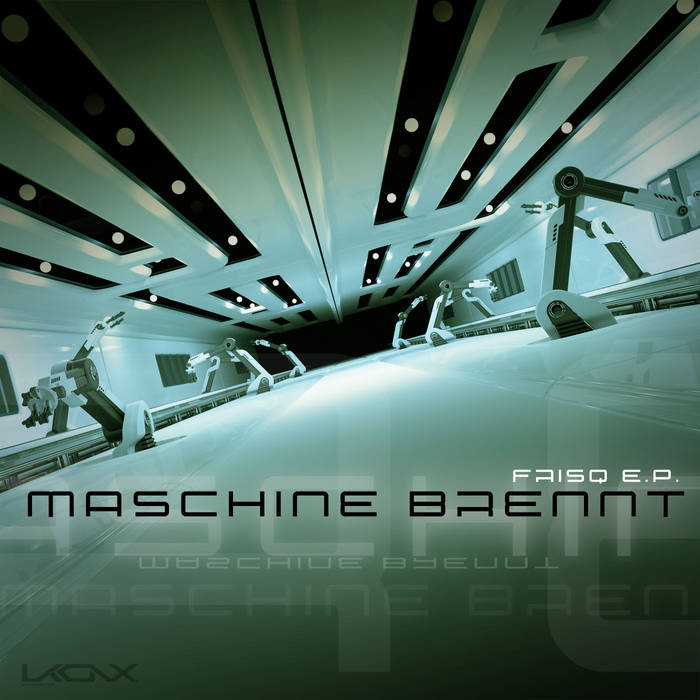 Joacim Thenander is a veteran of the electro scene. In the late ‘80s he was a member of industrial synth band Systema The Affliction and then on early 90's he was a member of the duo Cultivated Bimbo, band that did several albums for Energy Records. At the same time, Maschine Brennt born but during the 90s only few tracks have been written, because Joacim was busy with other more commercial projects. Starting from 2014, Joacim rebooted Maschine Brennt by releasing since now, five digital releases and a CD album for Razgrom Music. The latest release is a digital EP released by Ukonx Recordingsand titled "Frisq". Containing three new tracks and one remix of the main one mad by Deemphasis, project of the label boss Stéphane Bastien. By listening to the tracks it doesn't take much time to understand that Joacim loves Kraftwerk and sometimes by using certain melodic progressions, is like he's paying his personal tribute to history. Saying this it doesn't mean that his music is uninspired, because since the opening main title, he's able to catch immediately the attention, thanks to booming drums, catchy melodies, great synth sounds, etc. This guys for sure knows how to make dance his fans and he's using all the things he learned in all these years of experience in the field. Also "Shoewq" and "V.A.B." are a winner, because the complex rhythm layers which mix electro, i.d.m. and a bit of techno is able to make you focus on this without the use of catchy melodies or refrains. Only few sounds along with the rhythms layers are enough to define a melody to follow. This ins't an easy task when you have to deal with decades of electronic music but I'm pleased that at the end of the EP I want to listen to it again! The EP is closed by the Deemphasis Remix of "Frisq". For this version, Stéphane simplified a bit the rhythm section and created an ambient background as counterpart of the robotic elements. It sounds cool by sounding different and this is also a good result for a remix! Check it here https://ukonx.bandcamp.com/album/frisq-ep