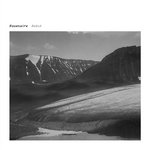 Havenaire is the ambient musical project of John Roger Olsson which is also a pop musician as The Grand Opening and this is also audible as, even if this is a proper ambient release, instead of relying on the use of drone, a melody is a building element of all tracks. The title and the theme of this release is inspired by old photos taken in 1910 by Fredrik Enquist, a Swedish geographer, and one is in the cover artwork and his aesthetic fills the overall ideas behind the releases published by Glacial Movements.
As "Rabot" starts, the listener is immediately introduced into the sonic framework of this release: two drones juxtaposed one as a background and one slowly developing in a sort of pale melody which evoke the landscape of the cover artwork. "Enquist Photo 1910" is a crescendo where small details and nuances are introduced as the track evolves. "Sylarna" is a quiet track whose loop in the background hypnotize the listener. "Calving" seems a crescendo but, as it seems to reach a peak, it slow down to quiet drone to start again. "Tarfala Valley" is a quiet sonic rest as "Sarek (Part 1-2)" closes this release with a first part which seems static as all his development is in small details and resonances while the second uses small noises moving in the sonic field as the background exposes a looping melody in the background.
While someone could reasonably states that this release is deeply rooted in a canonical form, the impressive quality of the writing, the craft in sound construction and the ability to catch the listener places it to the status of half masterpiece. Truly recommended.