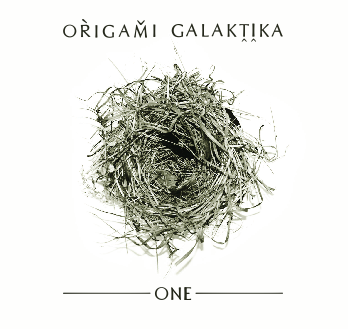 ORIGAMI GALAKTIKA "ONE" CD (released March 24th, 2014)
Everything is one, unique, peculiar – the message besides the new album from norwegian artist. Absolutely essential collection of his new works is released now on the CD in glossy and beautifully designed digifile.
Origami Galaktika is Benny Braaten, A.k.a. b9. Established in 1994 Origami Galaktika is celebrating 20 years of ambient soundscapes. A journey that has brought deep spiritual sounds to close to 20 countries. A variety of venues ranging from art galleries, pubs, punk places, churches, to concert halls etc.

How many ambient acts do you know that have played Sunset Strip, Los Angeles? Or the French quarter,  New Orleans? A vinery in Aesch, Switzerland? In the woods outside of Gdansk, Poland? Everything from youth clubs to tea-houses in Slovakia? Vancouver, Toronto, the middle of the praries where hardly anybody has ever been?

In addition to Galaktika, Braaten is also working with the historical music projects Folket Bortafor Nordavinden (The People Beyond The North Winds) and Skvalthr. He is also having music history "lectures" where he tells us about and demonstrates ancient musical instruments… He is also hosting tonings and drum journeys. Braaten is also working on music for a dance performance to be performed in May 2014.

The new album "One" is a bridge between the "old" and "new" Galaktika. Featuring two older (previously unreleased) pieces and 6 brand new ones. After many years of mostly sample based live performances, Origami Galaktika today is mostly accustic and no sampler is used in the live performances these days. 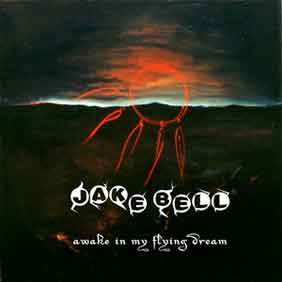 JAKE BELL "AWAKE IN MY FLYING DREAM" CD+BOOKLET (released March 26th, 2014)
Jake Bell is guitarist from New York who used to play with Simeon (of Silver Apples) in legendary band Random Concept from 1966 to 1972. Silver Apples were one of the first ever rock bands who incorporated electronics in rock music context – before commercial synthesizer became compact enough to use them on the stage, Simeon played on oscillators and generators. Therefore, Jake Bell witnessed the historical transformations: psychedelic revolution, experimental music scene birth. Unfortunately, Jake and Simeon splitted because of personal contradictions, and Random Concept recordings were lost. In 1973, Jake was playing guitar in Gary Higgins band, they released "Red Hash" album. After that, Jake left the scene and disappeared for 25 years. He returned back again only in 1997, when hooked up with Simeon and one year later launched his debut solo album "Synjase" (1998, Whirlybird Records). Musicwise it was totally different from his past activity, caleidoscopic tapestry of instrumental guitar patterns accompanied by electronic rhythms and ambient atmospherics.
Since that time, Jake Bell is constantly sharpening his talent in ambient electronica domain. He can easily transform the instrumental music into other dimensions. Dreamy and passionate, soft and bright, exotic and eccentric, his works always sounds fresh and unusual, even if one can see the connection with eighties and seventies. Jake Bell is becoming the total artist, doing all kinds of etching and skrimshaw, primitive art style paintings, fluorescent drawings installations, art therapy masterclasses, neo expressionist and spontaneous art etc.
He is also working on the new music projects. "Awake in my flying dream" is the first in the series of albums presenting his unique musical visions. The title itself comes from personal experiences of waking up im dreams while still sleeping to experience the most extraordinary heightened awareness flying dreams – each one a story in itself. The theme of the CD matches the flying dreamscape, inner space state of consciousness. The tracks aimed at creating deep space music vibraion with an emphasis on going inward for elevating into a higher dimensional relaxed state. Each track is a different Inner Lightscape – all tracks were recorded between 2011 and 2013 with the intent to document the impressions of the historic dates and the theme of ascension 2012 Zero Point Crossover – the ending of the Mayan cycle of the 26,000 year orbiting cycle of the sun revolving around Syrius StarSystem marking the end of the reign of the age of darkness on Earth and the beginning of the Age of Light. The first track "Apache809" begins with percussion but fades quickly away into very deep spacial chordal drone space that creates a high meditative state. This track was often used for the music performances and spontaneous painting classes in the festivals during those years. All tracks are recorded on various dates corresponding with star gates or opening energy portals, eclipses or various other significant intersecting cosmic star alignments – coinciding with universal events said to be key dates in the transformation and upliftment or Ascension of the New Earth in the time known as the time of Great Awakening.