Portland, Oregon native Michael Arthur Holloway's Dead When I Found Her project to release double-CD All the Way Down.

Portland-based industrial project Dead When I Found Her will release its third album on November 13th.
Entitled All the Way Down, the new Dead When I Found Her album is described by producer Michael Arthur Holloway as a meditation on death and old age. Heavy with themes of the afterlife, memory loss, senility, and loss of bodily functions and replete with industrial tropes familiar to fans of Skinny Puppy and Front Line Assembly (horror samples, dark synths, desperate screams), the album still strangely marks the biggest departure yet for Holloway in terms of song-writing. While fans might expect another pop-laden industrial dancefloor record similar to Holloway's previous work, All the Way Down is darker and slower, more of a listening record than one for the nightclubs.
Holloway, who also composes video game music, has been making industrial under the Dead When I Found Her moniker since about 2008. His first record, Harm's Way, was released on the Toronto-based Artoffact Records in 2010. Rag Doll Blues followed in 2012, getting album of the year acolades on the amodelofcontrol blog, and hitting the top 10 albums of the year list on I Die: You Die. Holloway spent much of 2013 and 2014 playing the industrial festival circuit in North America, as well as supporting acts such as Velvet Acid Christ, producing remixes and cover songs, and he also released a cassette with some bonus material in 2013.
Artoffact Records will release All the Way Down in two formats, a regular CD version comprising 10 tracks, as well as a double-CD deluxe digipak, featuring an exclusive bonus disc with six more tracks. All tracks will be made available digitally. 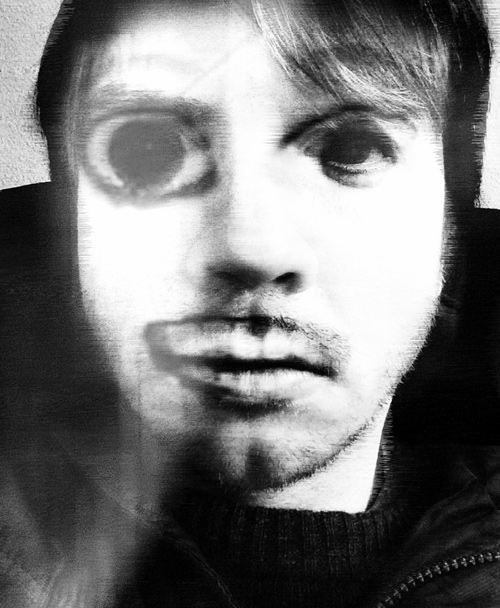 DEAD WHEN I FOUND HER IN THE PRESS