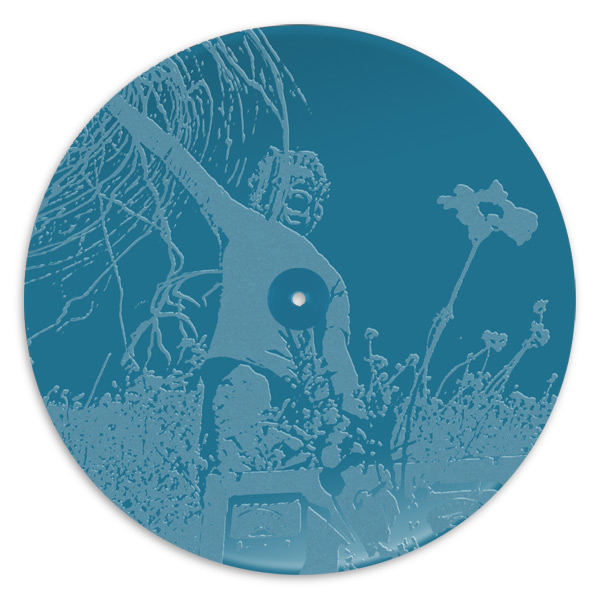 Toronto, Canada–In 2003, when Spencer Elden, the baby featured on the cover of Nirvana’s Nevermind, turned 12, he posed for another cover, that of Cevin Key’s The Dragon Experience. The album is now being issued on vinyl via Toronto’s Artoffact Records, who will further immortalize Elden’s mythology by etching his image onto the vinyl.
The Dragon Experience is a collection of archival tracks which are now 30 years old. Originally recorded in 1985 in Key’s apartment, the songs sat on cassette for many years before being rediscovered and dusted off by Ken Marshall. It was a very primitive home cassette studio setup, the same that brought Skinny Puppy’s “The Center Bullet” and most of the bonus tracks from the Skinny Puppy debut, Bites.
Spencer Elden is featured on the cover of the The Dragon Experience vinyl reissue, as well as on the vinyl etching. Other images of Elden adorn the inside of the vinyl sleeve. His adult fame post-Nirvana has never waned: he has been interviewed and featured on CNN, The Daily Mail, The Guardian, and even had a documentary short made about him.
The 11-track album includes “Ambient Fruit,” which was written by Skinny Puppy co-founder Nivek Ogre, and “Metamorphosis (Theme From The Trial),” a Kafka-inspired jam. The double-LP vinyl will be released in September in a gatefold sleeve. Several vinyl colours will be available, including an already-sold-out limited yellow, a blue version, and a standard black edition.