We are back from a brief hiatus and bring you an exciting new release: 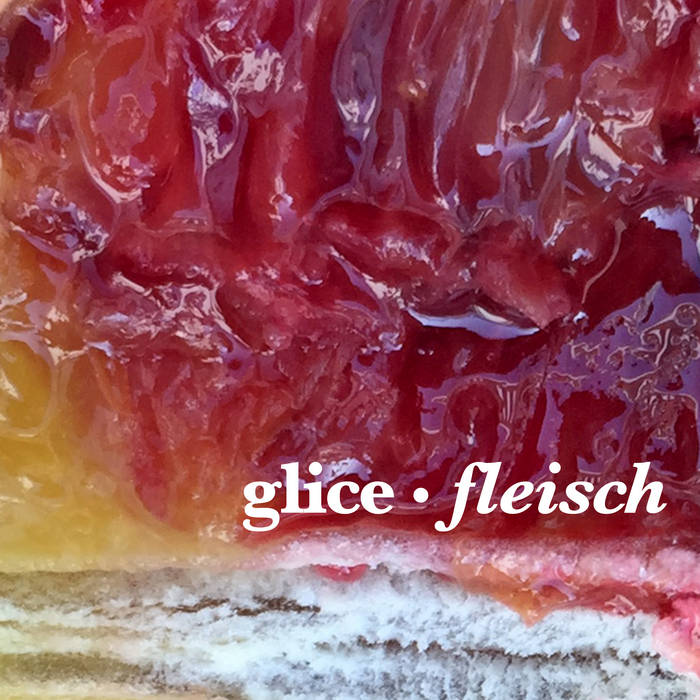 Fleisch is the new release by the Dutch noise formation Glice. To celebrate their performance at this year’s Rewire Festival in The Hague on April 1 2016, Narrominded will release Fleisch as a limited cassette tape (50 copies, with two sleeve variants) and digitally.

Although the band had been in dormant existence for more than half a decade, Glice reared its head loudly in 2015 with the album LIX, to much critical acclaim. The filmic noise of Glice, filled with a keen sense of texture and drama, opened many ears to a genre that is often perceived as inaccessible and difficult.

Fleisch will not disappoint the fans of LIX: it is a roaring beast of a record. Contrasting textures fight for supremacy, intense tidal waves of sound are powerful enough to crush the listener.

Fleisch is the first is a series of recording documenting the live performances of Glice. The result however is far from a realistic registration of a concert: Fleisch is made of fragments and bits of performances throughout the past year, woven together into new music.

BUY FLEISCH ON TAPE or DIGITALLY via BANDCAMP

A very beautiful and promising album […] that tells that Glice has a distinct style, palette of sounds and musical vision up its sleeve.

From the first seconds it grasps you and pulls you down under in creepy soundscapes and nasty noise pieces.

LIX is about subjection; it goes right through you like radiation and it surrounds you completely.

Noisy sounds with a psychdelic twist.

All the best from us at narrominded.com