During a research in his archive Giancarlo Toniutti found two unfinished compositions recorded with Tiziano Dominighini in 1981-1982. Those compositions were mostly made of improvisation sessions using synthesizers and a guitar.
Giancarlo Toniutti decided in 2013 to complete the compostions and recorded new material througout 2013 and 2014. The new compositions were made of several field recordings made in the countryside nearby a highway road.
All the compostions were then mixed together in 2014-2015.

“The focus of this work is on the real relationship of the sonic phenomena when they meet our personal environment, how they mold our perception and are molded by it, in its cognitive affirmation. Music, in other words.” Giancarlo Toniutti

Limited edition of 300 copies in digipack with a 20 pages booklet with extensive liner notes written by Giancarlo Toniutti. 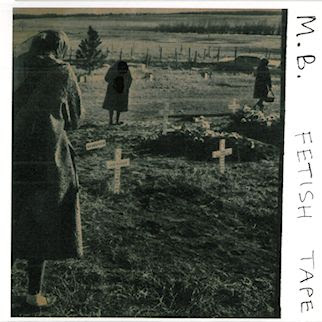 First ever re-issue of this recently discovered private tape from April 1980.
Fetish Tape was recorded right after Mectpyo Blut.
Fetish Tape, as with the other tapes (Atomique,Cold,Voyeur,Industrial), features heavily distorted sounds and records played backwards and/or at the wrong speed! Also on the B side of Fetish Tape we find a track mostly made with radio waves.
A very odd and fascinating M.B. experiment!

Limited edition of 250 numbered copies in digipack.
Cover image is an original M.B. artwork from 1980.

Robert Lamm’s JVE ReMixes to be released on June 1