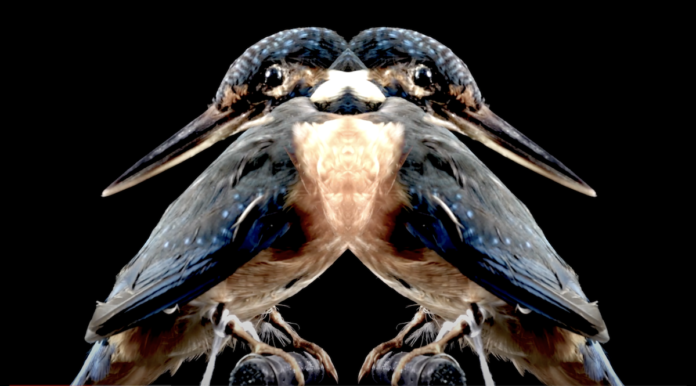 ”Dust” is the new single/video by Paolo F. Bragaglia, musician and electronic composer from the Marche region, extracted from his latest album “The Man from the Lab” released on November 5th, 2021 for Minus Habens Records. Soundtrack of an imaginary television series set in an experimental biology laboratory in a dystopian world in the early 1980s, the album, like a mirror between different space-time planes, offers musical suggestions appropriate to evoke moods and ghosts of our contemporary world, the relationship with transformation, death and nature, manipulated and violated in an imaginative way and with a retro-futurist aesthetic. Inspired by the icy and synthetic sounds of the English electronic new wave between the late 70s and early 80s (John Foxx, Cabaret Voltaire, Fad Gadget, Human League, etc.), it maintains a dialogue with contemporary electronic sounds, trying to stay out of time and avoiding any mannerist cliché, even through the mix of vintage and modern analog synths.

”An evocative and reflective moment, melancholy and pressing at the same time. Sequences, pads and synths intertwine to outline a feeling of calm and slight desolation, where the crystallization of death, the loss of the unique perception of time and the sense of the unknown that permeates the present are the protagonists. Paradoxically, Dust, despite being the first single from the album, is the song that most differs from the SciFi mood that permeates the whole work”, declares the Italian musician on the new single.

The protagonist of the video clip, directed by Marco Bragaglia who produced it with his communication agency INKAL, is the dust of decades that lies on motionless bodies deprived of life, frozen in an instant of fiction for the sole purpose of being exposed. “The impossibility of these noble beings to return to being dust after death and, therefore, to be an integral part of the natural cycle, generates in me a deep sadness. These silent creatures have populated salons, museums, schools and scientific institutions for decades under an educational/scientific pretext, but more often by way of trophies”, declares the director.