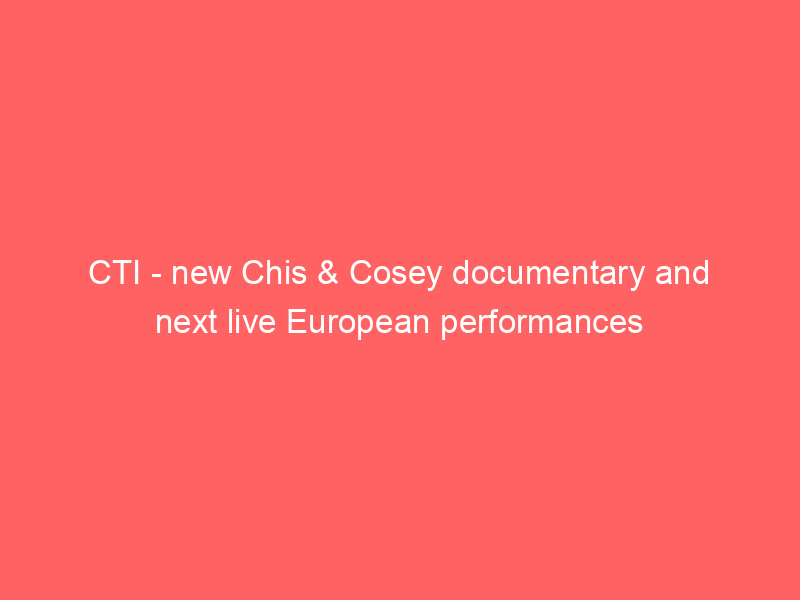 /CTI NEWSLETTER/ April 2010 NEW CHRIS & COSEY DOCUMENTARY from VBS.TV text from VBS.TV: “It’s not everyday you get to meet two of your favorite, honest to god heroes. But on a recent trip to Norfolk in the United Kindom, we got the chance to spend some time at the country house of the music making powerhouse – and long time couple – Chris Carter and Cosey Fanni Tutti.

Not only did Carter and Tutti change the entire electronic music game as founding members of the legendary avant-garde industrial group Throbbing Gristle: they continued their love affair with music, gear and each other over the next 30-odd years with their mind-blowing, ahead-of-the-curve approach to drum machines, sampling and all manner of electronic skullduggery.

Between the electro-pop of Chris & Cosey, the spooky ambience of Carter Tutti or their continuing aural experiments under their mysterious ‘CTI’ moniker, these two epitomize artistic overachievement and we salute and thank them for it.

They took us for a spin around the home studio they’ve been recording in for 25 years, demonstrated some of the bits and pieces they’re using in their current incarnation, performed a special improvised track for us, and taught us how to give an asthmatic cat his daily dosage of medicine.”

Visit VBS.TV to view the film: http://www.vbs.tv/en-gb/watch/motherboard/mbd-vbs-elec-indy-chris-and-cosey UPCOMING LIVE PERFORMANCES IN EUROPE Throughout 2011 Chris Carter and Cosey Fanni Tutti will be performing together as Carter Tutti and Chris & Cosey and also collaborating with other artists and musicians. For full details and links to these shows please visit the http://chrisandcosey.com/ website

The Danse Society new single “If I Were Jesus”

CULTURE KULTÜR return with “Spirit” after 5 years of silence