“Scorched is like being driven over wasteland in the boot of a car. Blood Forest is the solace that awaits at the end of the journey, making the pain worth while”, said Mark Clifford (Seefeel) about this dual release by John Cohen aka Dead Fader, and after listening them, I have to admit that his words make sense. Anticipated by the release of the single “In Cover“, these awesome workouts came from the collaboration with Robot Elephant, which released “Blood Forest”, and Small But Hard, which released “Scorched”. We had a chat with their brilliant author. 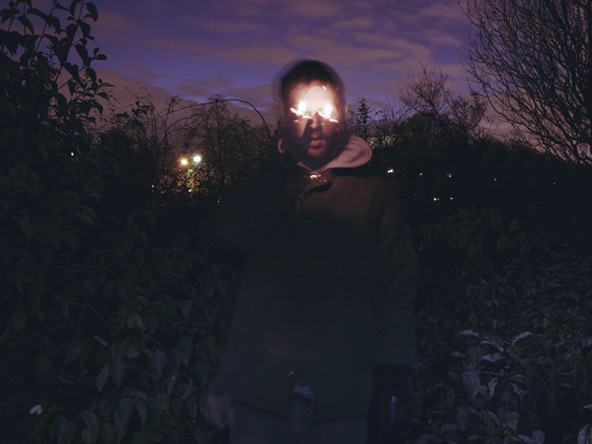 Chain D.L.K.: Fine, thanks. Even if I’m not a proper examiner, are you going to corrupt me? 🙂

Dead Fader: Is that euphemism?

Chain D.L.K.: I could assume it is! I like to make things somehow vague! Speaking of that sensational album (“Corrupt My Examiner”), besides the technical aspects, what/who was the source of inspiration for a title like “Bitchface”?

Dead Fader: At that time I was listening to a lot of Milanese.

Chain D.L.K.: On most interviews I would as you to introduce yourself, but before doing it in such “biographical” terms, I’d like to know when your sound was born, how it developed and how it’s going to die…

Dead Fader: My sound is always changing, ever since I was a child. I learn things I like and things I don’t like and I mould them into my sound. I hope it will never die, only when I die.

Chain D.L.K.: Did you fall in love with a synth or with a software for sonic synthesis before?

Dead Fader: I have fallen in love with the Prophet 12, it spoke to me and said: “I am the synth for you”… and I answered!

Chain D.L.K.: I understand it’s really difficult to resist its charm! …So why did you decide to launch two albums instead of one?

Dead Fader:  They both have their own identities. and I didn’t really want to merge them.

Chain D.L.K.: Could you point out the main differences between them? Did you make them in two different moments or almost simultaneously?

Dead Fader: “Blood Forest” is a more emotional / personal album for me. “Scorched” is a battering. I wanted it to be heavy and groovy. I made them at different times, however there was some overlap. It was over a period of about 2.5 years. 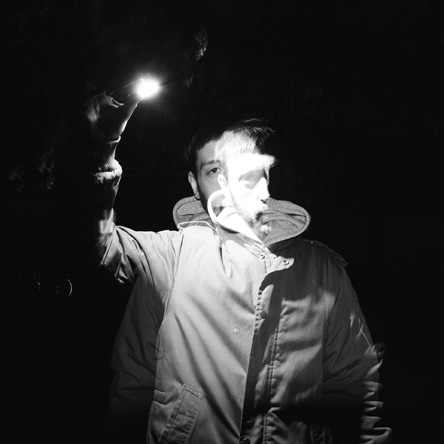 Chain D.L.K.: I can now compliment you on your impressive two albums… Really good stuff… Both “Scorched” and “Blood Forest” smell like some Boards Of Canada stuff, don’t they? Between you and me, what’s your opinion about their last album?

Dead Fader: Wow thanks, yes, of course, Boards are a massive influence on me. I listen to them the most. Their sound is so simple, but so beautiful. The more you listen, the more you learn about the beautiful chord structures and textures. Haha, I think their last album is great. It’s much more cinematic. There are some really cheesy bits as well though, which come mainly in the middle/end. But hey I think it’s hard to put out a record when your early works are so strong. Aphex Twin must have the same problem.

Chain D.L.K.: Speaking of possible influences, at least for me, some stuff by Snog, Meat Beat Manifesto and cEvin Key came to mind… and the very first sound of the opening track “Creeep” reminded me of “We Have Explosives” by FSOL as well… am I onto possible influences or not? Do you like that stuff?

Artist Name:  Not quite influences for me.  Although I do like some of Meat Beat Manifesto stuff.  But I’m more influenced by Pan Sonic, Aphex, NHK, Merzbow.  I like the merging of Noise with IDM/hiphop.

Chain D.L.K.: One of the most aggressive (and my favorite) tracks from “Scorched” is “Crampsies”, but tell me… were you angry while recording that? If yes, why?

Artist Name:  It’s not really anger I feel when I make tracks, it’s extreme energy. Like controlled aggression. The feeling of smashing up some wood, it’s fun, no? Occasionally. I smash up my speakers, sonically.

Chain D.L.K.: “100 Test” sounds like the sonic rendering of the justifiable concern of an academic attendant for the nagging of a test… jokes apart,  what does it refer to? What about that heavy snore-like noise?

Artist Name: Haha, the feeling of doing your 1000 driving test, and then blasting the speakers, and your instructor takes off her shirt and you ride into the sunset?  That track is whatever you want it to be really.

Chain D.L.K.: Would you define your approach to sound as “scientific”?

Artist Name:  No it’s more emotional for me, I react to sounds I feel. I know very little about synthesis.

Chain D.L.K.: An important blessing by Mark Clifford does not go unnoticed… how did you get the opportunity to give him your stuff?

Artist Name:  He is a good friend of mine. Most of my music I send to him. I really value his opinion highly. He is really honest with me.

Chain D.L.K.: “Scorched” seems to be an apt title to the sonorities you explore on that album, but why did you title the second album “Blood Forest”? What’s the meaning of such a title?

Artist Name:  “Blood Forest” is like getting lost in a dark red forest. It’s not necessarily sinister. Just deep and beautiful.  I like the idea of the forest having its own blood source, like a human. And it flows through the rivers, roots, and leaves. 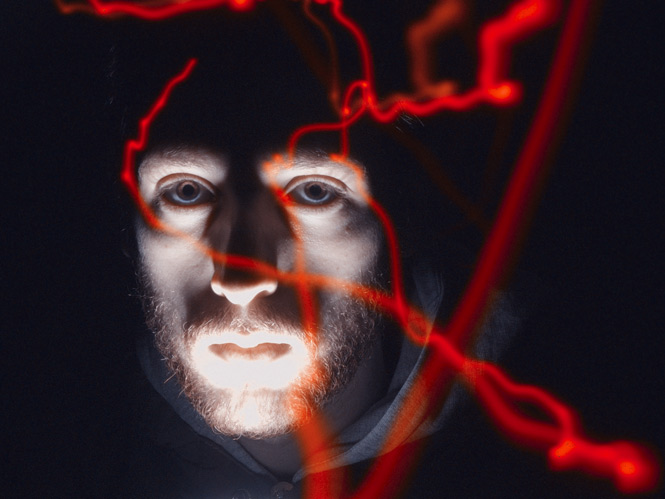 Chain D.L.K.: Any piece of advice in order to appreciate the listening experience you are providing at its best?

Artist Name: Listen to “Blood Forest” whilst walking in the countryside. In the car, or alone at night. Listen to “Scorched” when you are frustrated, and you want to release some energy.

Chain D.L.K.: You already had a mini-tour in the UK (Bristol, Salford and London)… what can you tell us about the first reaction by those well-trained ear drums?

Artist Name: People really liked it. I was really surprised at people’s reactions. I feel really honoured that people want to come and see me play.

Chain D.L.K.: Have you planned any tour outside UK boundaries yet?

Artist Name: Yes there will be more touring later on in the year. I played some shows in Switzerland and Belgium in the last few weeks. And I would like to come to Italy soon. Someone make it happen!

Chain D.L.K.: Is there any track that kept ringing on in your ears for many days after the recording sessions?

Artist Name: “Dettol” on Blood Forest. The melody stays with me for some reason. It still felt fresh weeks after I made the track. It’s an amazing feeling when that happens.

Chain D.L.K.: …and the best dream inspired by your own music?

Artist Name: I’ve only ever had one musical dream.  I was writing down a melody on a piece of paper. And memorizing it, over and over again.  In my dream it was the best melody ever written in the entire world, but when I woke up I forgot it.