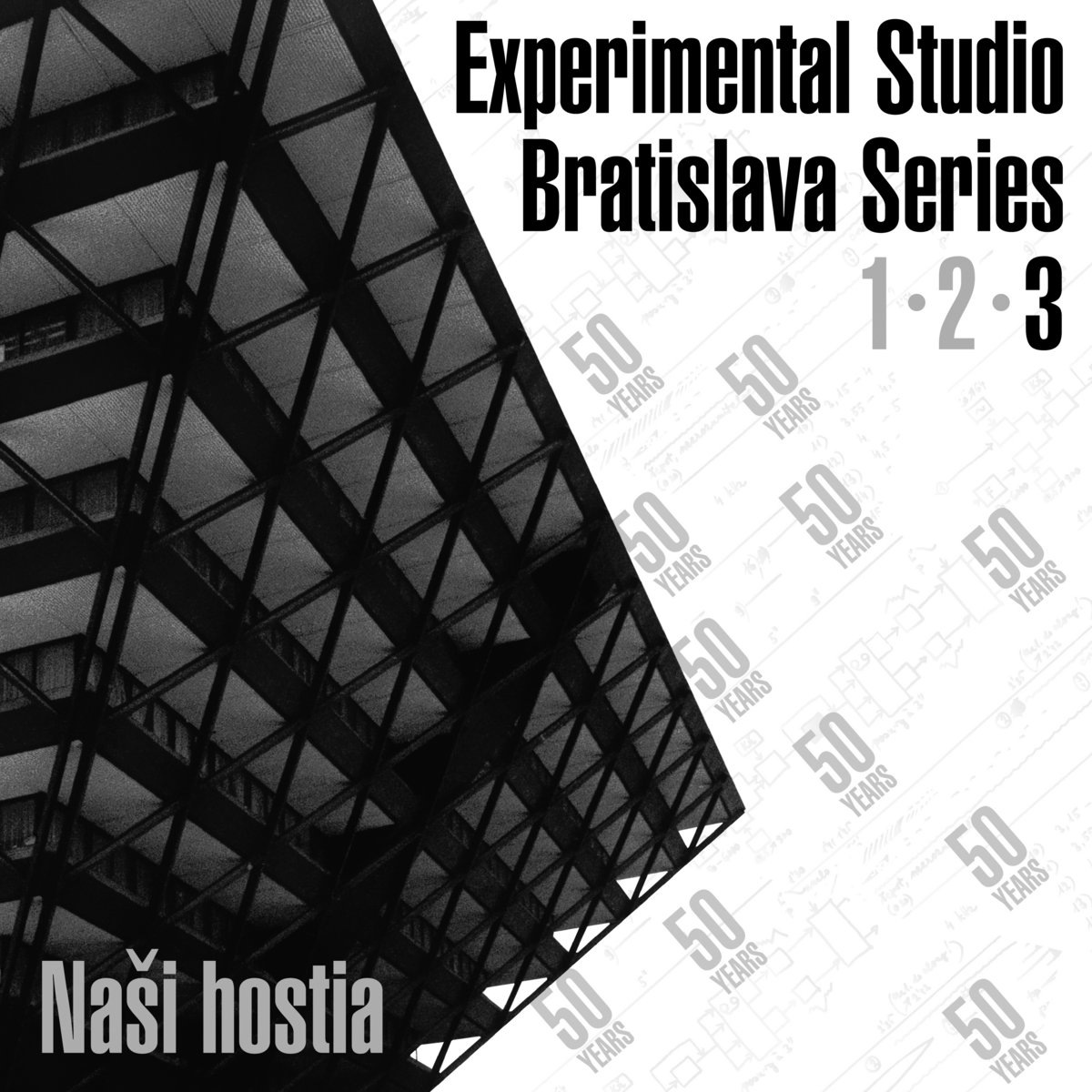 This Series of electro acoustic music and Musique Concrète has started in 2015 to celebrate the 50th anniversary of the Experimental Studio Bratislava, Exs. Series 1 introduced us to Ina Hudba/Other Music from the first generation of Slovak avant-garde composers recorded in the Exs, mostly with self-built electronic equipment behind the Iron Curtain. Series 2 provided a platform for Nova Generacia/New Generation of Slovak composers using Western equipment – now integrated in the “5 years plan” to purchase in the West…- and influenced by Karlheinz Stockhausen, György Ligeti, Pietro Grossi among others.
Series 3 called Nasi Hostia/Our Guests show casts the recordings at the Exs of foreign visiting composers like György Ligeti, Lothar Voigtländer, Liviu Dandara etc. The backbone to these unusual landmark recordings were the highly esteemed Annual International Seminars on New Music in Smolenice, Slovakia. The first Seminar held in 1968 was opened and attended by Karlheinz Stockhausen – playing his “Hymnen” for the first time abroad – for the Slovak composers an ear opener and a learning process on how “to make” this kind of “music”… In the following years New Music personalities like Ligeti, Mauricio Kagel, Lutoslawski, Gorecki, Sofia Gubajdulina etc. attended the Smolenice Seminars. – Unfortunately the partial opening of the Iron Curtain and the general cultural upsurge of the 1960’s were frozen by tanks in 1968. Neo-stalinistic “normalization” of the early 1970s violently pushed this – and not only this – creative branch beyond the borders of permitted cultural activities.
We are especially proud to offer you on this issue a World Premier: Poème Symphonique for 100 Metronomes by György Ligeti, performed and recorded in Smolenice Seminars, 1969 – approved by the composer!
Of particular interest is a student of Stockhausen and Ligeti: Liviu Dandara, Romanian, with his outstanding electro acoustic composition “Affectus Memoria” that shows his artistic development after his studies in Darmstadt. The famous East German composer Lothar Voigtländer is presented here with his never released “Meditation Sur Le Temps”, the almost forgotten Czech composer has here his “comeback” with the extraordinary “Speleofonie” – – – just to name a few East European composers to discover from the analogue past of the 70’s.

Limited numbered edition of 500 LPs inclusive a CD with all the tracks in full original lengths.