Chain D.L.K.: Hi Kim, I hope everything is ok with you. Just for once, let’s start from the end: what are you working on at the moment?

Blitzkrieg Baby: These days I’m working on finishing a cassette release for Beläten, as well as the second full length Blitzkrieg Baby album. In addition to that I’m doing some collaborations and a few compilation contributions. Sometime this summer I am premiering commissioned music for a ballet performance.

Chain D.L.K.: “Porcus Norvegicus” is the first release by Blitzkrieg Baby. You already told me that you started to work on its thirteen tracks years ago. What convinced you to release them now?

Blitzkrieg Baby: The music, lyrics and artworks grow inside me, almost like tumors. At first the tumors are petite and perhaps even benign. Every day there’s something I need to write down or get out of the bloodstream in some way. Day by day, the tumors grow bigger and uglier and more dominating until it feels like it’s beginning to make my features change. A few years ago I realized that Blitzkrieg Baby was ready for either surgery or chemotherapy, and therefore also a proper release. Neuropa took it upon themselves to do that for me. And now Blitzkrieg Baby is a part of me every day of the week.

Chain D.L.K.: Just a curiosity: what is “Porcus Norvegicus” referring to? It seems a sort of joke to me…

Blitzkrieg Baby: It’s a fake Latin word for “Norwegian Pig”, a wordplay, if you will. I see where you’re coming from, but I don’t feel like it’s a joke, not according to my opinion of what a joke is. But I have never shied away from a certain sense of humor in my work. I would never put this amount of work into something I consider to be a joke. I take this very, very seriously. I just happen to do it with a smile. Blitzkrieg Baby is a middle finger to everyone and everything, including myself, and itself.

Chain D.L.K.: Speaking of jokes or irony… titles such as “Disneyfied, Delirious And HIV+”, “Sperm Crawling Back To Its Hole” or “Fuck Me Like You Hate Me” are harsh sounding, but I feel there’s a will to take on these topics in a less serious way than the usual industrial bands do. Am I wrong?

Blitzkrieg Baby: If a rapist was smiling when he raped, mutilated and killed his victim, does that make him unserious, or his actions a joke? That’s how I view Blitzkrieg Baby: a volatile, smiling creature with no regard for anything living or dead.

I feel that I take myself more serious than many, because I have self-respect, ambition and take pride in being true to myself and doing what I do the best I can. However, the rules that other people or scenes apply to themselves, and more often than not choose to follow and live by, mean nothing to me.

Chain D.L.K.: Your press info named influences such as NON, early Laibach and SPK. In what way have you processed the sounds and themes of these artists and in what way are you working to make Blitzkrieg Baby sounding fresh?

Blitzkrieg Baby: Over 20 years ago, when I first got into Industrial, the bombastic sounds of 80’s Laibach were what pulled me in. I have always enjoyed NON’s, or Boyd Rice’s, humor and entertaining personality. SPK have never really been an influence, and is simply mentioned because there are certain musical similarities, according to some. Coil has always been important to me. But there are no heroes or guiding stars in Blitzkrieg Baby’s world. In Blitzkrieg Baby, I simply do what I want to and I do it the best I can, not caring whether it is fresh or stale. If it feels right it is right.

Chain D.L.K.: What amazed me about “Porcus Norvegicus” is the quality of the sound and the way you used samples and original sounds. Can you tell us something about this process?

Blitzkrieg Baby: Thank you, I appreciate that. I don’t have any specific dogmas or ways of working with Blitzkrieg Baby. Sometimes I make everything from scratch, sometimes I steal bits and pieces, sometimes I do everything alone and sometimes I get friends to participate. When stealing I like to use sounds from sources that mean something to me. I work on Blitzkrieg Baby when I’m in a certain mindset. Being un-commercial, underground or whatever is not the same as being a complete, talentless amateur. I think Industrial and ambient music deserves the same amount of care as any other kind of music: inspiration, labor, self-respect, a proper mix and a proper mastering. I enjoy decent production, and investing a lot of work into my music. I am also fortunate to have a close circle of talented friends that I work with for both mixing and mastering, and they lift the quality of the final result up above my own abilities.

Chain D.L.K.: What kind of atmosphere were you looking for? …If there was any you had in mind…

Blitzkrieg Baby: The atmosphere is a result of what I do. Most of the time I do not aim for anything specific, it’s more intuitive than that. If I create something and it makes that dark spot in the middle of my head purr in delight, or puts a wicked smile on my face, then I’m usually onto something.

Chain D.L.K.: Your previous project was K100. Do you feel any kind of link between that and Blitzkrieg Baby?

Blitzkrieg Baby: I am still very much active as K100 and have recently signed to Dark Ambient label #1, canadian Cyclic Law, for the release of the upcoming album sometime this year (2013). The first and previous album was released in 2010 by Neuropa. I will continue to release K100 albums quite regularly from now on.

Blitzkrieg Baby and K100 were born around the same time, in 2001, after years of building tension, need, and ideas up through the nineties, but they come from different sides of my personality. K100 is often referred to as Dark Ambient by others, and is introspective, calm, meditative, dream-like, escapist, and very, very dark. The music is often made from a dogmatic and, for lack of a better word, almost ritualistic standpoint. Blitzkrieg Baby is a lot more physical, it is plainer, more brutal, and extroverted. K100 is the teenager that spends his time sitting in his room; reading, exploring his mind and whatever body is available, along with angst, death, fear and lust, expanding and exploring the inner sceneries. Blitzkrieg Baby is the teenager that just cannot take it anymore, gets naked and drunk, crashes through the hospital window to run bleeding into the streets to do as much harm as possible before being taken down, and he dies smiling and bleeding out in a pool of his own piss and blood. I don’t have any better way of describing them than that. They are born from two different sides of me. I love them both, they are both a part of me.

visit the artist on the web at: www.trineogkim.no

The 4th of June I’ll be in Venice (this is Maurizio Pustianaz speaking) doing a conference about 80s music.

If you are nearby, please come. 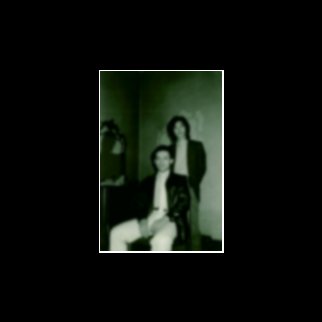 These tracks were originally submitted for the Mail Art Music Project compilation LP. Only one minute of each track was published on the now extremely rare compilation album.

This is Industrial Music.

Telmegiddo was the last tape-decomposition by Maurizio Bianchi and was recorded in February 1983 after the Armaghedon LP.

Apocalyptic echo-sounds, originally decomposed at Mectpyo Studio in February 1983.
Unofficially issued as cassette tape in 1990 with the given title of “Extreme Man 2”.

Bakterihabitat by M.B. contains sound sketches that were later used in Telmegiddo.

Mixture of bacteriological wall of noises, originally decomposed at the Mectpyo Studio in May 1982. Unofficially issued as cassette tape in 1990 with the given title of “Extreme Man 1”. 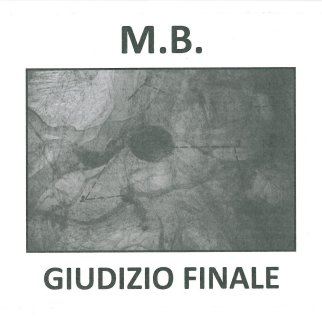 Cover image is a 1982 original M.B. artwork.
Numbered edition in a paste-on digipack.

This compilation was co-ordinated, compiled and re-mastered in 2010 & 2013 by Alessandro Bosello & Alessandro Camardo for menstrualrecordings.org